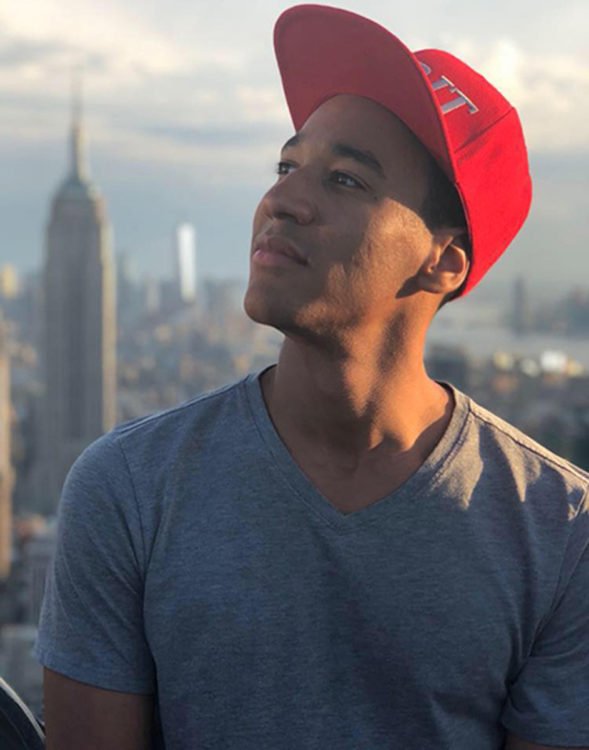 He works four jobs. He self-markets and books his own competitions, readings and performances — often working in the middle of the night or between shifts. And he wrote his book in about two months.

Caleb Rainey, a University of Iowa graduate, is combining highly-crafted word-smithing, with self-coordinated time management that rivals the best professional systems, with old-fashioned hard work and sacrifice, with sheer drive to put his stage poems “to page.”

The 24-year-old is in the midst of a national tour of competitions, performances, and readings to promote “Look, Black Boy,” his new book of poems about the experience of being a man of color in modern-day America. He compiled the book in less than two months, made the pivotal decision to self-publish in the same amount of time, and assembled his entire plan of action on his own, based on his instinctual awareness of marketing and messaging gleaned through years of competition and community leadership.

He describes his motivation simply: “My job is to speak even when nobody is listening,”

This pivotal step in his career, publication of his first book, is the latest in a long list of accomplishments for Rainey, whose various pursuits also include writing a regular column here for The Real MainStream, and emceeing and producing shows by The Hook nonprofit spoken word collective, He will emcee today’s Slam-O-Vision Judging Event, where audiences worldwide will vote on award-winning spoken word performances. And this fall, Rainey will start a spoken word program for high schoolers that he founded with the help of the Iowa Youth Writing Project, the Englert Theatre, and Iowa City Community Schools: IC Speaks will kick off this school year at City, West, Liberty and Tate high schools.

Media covering his new book release include Iowa Public Radio, the Iowa City Press-Citizen, Little Village Magazine, the Columbia Daily Tribune, and now The Real MainStream, for which Rainey has been a columnist since January 2019.

Among Rainey’s greatest motivations is spreading awareness, especially among youth, of how spoken word can empower people and change their lives.

He is inspired by “knowing i may inspire some young person to start spoken word, and to find the page and the stage as a way to feel comfortable as themselves.

“I know that being a poet and taking the stage has drastically shaped how i function in the rest of my life,” he says. “If I can help someone else find that, I will.”

Rainey’s packed schedule and constant focus leaves him usually sleeping about four hours a night. He says an early long-distance relationship helped him learn how to be productive: he trained himself to attend school full-time while working (only) three jobs at the time, while also making himself fully available very other weekend for out-of-town visits and undistracted time with his partner at the time. “I realized the way to earn the things I wanted was to be the best person I could be, all the time.”

His personal rituals that have helped him succeed as a DIY author include meticulous planning, in addition to exhaustive research. “I plan out how much time I have, and exactly what I will get done in that time,” he says.

Find What You’re Looking For

Learn more about our advertisers!

Look for a specific advertiser

Find What You’re Looking For