With laws about cannabis and CBD changing fast in Iowa, in nearby states and at the federal level, it can be overwhelming trying to keep up with what’s legal and what’s not, truth and fiction surrounding CBD and cannabis, and what to expect coming up.

We’ve researched the situation in Iowa — largely with the help of Kymm Loeffler, Iowa’s leader in CBD oil activism along with her husband Pat, for some guiding information on this complicated topic.

Kymm and Pat Loeffler travel throughout Iowa and to conventions nationwide offering guidance into CBD oil’s administration and potential benefits. The Loefflers even been tapped by some of Iowa’s new dispensaries for advice on dosing and regulation.

A former nurse for the University of Iowa students and athletic teams, who also worked in oncology, neurology, orthopedics and general surgery, Kymm Loeffler now owns Corner Store Apothecary & More in Cedar Rapids, along with her son Jordan.

Her husband Pat turned to CBD oil to recover from epilepsy and severe heart issues. He also found his diabetes improved while using and his blood pressure regulated while using CBD oil. His healing experience is largely what inspired Kymm Loeffler to devote her life to the cause of advocating for the legalization and credible regulation of CBD oil and cannabis.

Right now, the Loefflers are concerned about the “miscommunication of information that people are taking as gospel.” The distortions are forcing many stores to take CBD oil products off of their shelves, because they’re not sure how their particular law enforcement agency might interpret Iowa’s laws and how they intersect with federal laws.

Loeffler is advocating simultaneously for the right to sell CBD oil products without fear, and for the regulation of those products. She says it’s important consumers know exactly what they’re getting, whether it’s properly tested, and its purity. “I feel that regulation should really be required,” she said. “I’d like to see third-party testing by a state hygienic lab required. And then, I’d be fine with head shops or smoke facilities carrying these things.

“But the way it is now, you could have people on corner selling snake oil, or pyramid schemes that sell CBD oil. I’m not saying their products aren’t good; just saying there are no regulations on what is being sold.”

Here’s a Q&A featuring some answers from Kymm:

Why are some law enforcement agencies raiding some stores that sell CBD oil?

Some law enforcement agencies are misinterpreting the law, Loeffler says. Story County, for instance, recently declared all CBD oil products to be illegal, based on an Iowa Department of Public Health memo that labeled them as such. Loeffler says the department is an administrative body and not a law enforcement agency and so overstepped its bounds, AND misinterpreted the law. Iowa’s attorney’s general’s office, in fact, refuses to offer an opinion on CBD oil until questions about its federal regulations are clearer, says Lynn Hicks, spokesman for the office.

What is the difference between hemp oil and CBD oil?

How would you describe the benefits of using CBD?

“It helps our body reach to homeostasis, and that’s when our bodies start to heal themselves,” Loeffler says. She also says small doses of THC are shown to be a “catalyst” for the healing properties of CBD. “It helps those with afflictions to avoid having to take larger doses,” she says.

Describe some of your activist efforts.

The Loefflers have met personally with Tom Miller, Iowa’s attorney general; doctors and neurologists in eastern Iowa; all Linn County supervisors; and all Cedar Rapids City Council members. They also met with Joe Bolkcom who sponsored a legalization bill this year and sought veterans to offer testimony on how CBD oil had helped them. They regularly attend state cannabis board meetings and will travel to the FDA hearing May 31, at which testimony will be taken on whether CBD is a supplement that needs to be regulated.

Why are you operating without fear of the raids that some other shops in Iowa have experienced?

“As long as there’s not THC there are no issues. We’re doing things right. And if other people are doing what we’re doing, I have no problem competing with them, either.”

What is the regulatory situation through the country right now?

• Iowa is among 13 states that allow CBD that has .03% or less THC content. Those other states include Alabama, Georgia, Indiana, Kentucky, Mississippi, North Carolina, South Carolina, Texas, Tennessee, Virginia, Wisconsin, and Wyoming

• Four states to not allow any form of cannabis: Idaho, Kansas, Nebraska, and South Dakota. 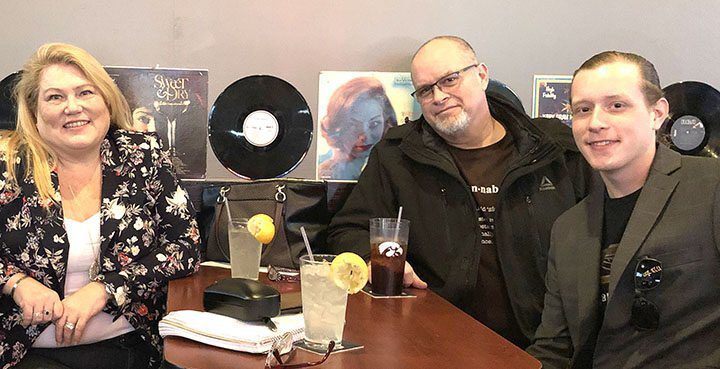