An editorial we ran last week turned out to be a grand social experiment. The results, outlined below, aren’t a good look for progressives, liberals and the far left.

But before we get to that: for anyone who started, fanned, flamed, continued or belatedly joined the witch hunt against Kelly Stucker and The Konnexion, start planning your “I was wrong” party now.

Seriously, make it a party. A light-hearted affair. Enjoy the liberation of contrition. Let yourself laugh about it. Because after all, when you look back, it IS laughable that a small group of incredibly active online commenters convinced their friends and a LOT of other people to lump a Bernie Sanders-supporting head shop owner, a Cedar Rapids Black Lives Matter activist, and an LGBTQ-identified publication in with a white supremacist conspiracy.

If we weren’t just a week out from a deadly attempted insurrection and didn’t have some of its top participants within our midst, if this local witch hunt hadn’t already created threats and violence, this situation would be hilarious. But it’s not. It’s gravely serious.

Everyone who “doubled down” … who liked/loved/shared any one of those attack posts or any comments defending those posts ….. everyone whose anger at Stucker transformed into vitriol against this paper and writer and anyone who refused to join your witch hunt … who miscast and attacked a call to honor the most basic rule of communication (confirm something before you pass it on, especially on social media) …. And ESPECIALLY everyone who still has that original rumor post up on your timeline, without a note clarifying the broad liberties you took with the truth when you posted it unquestioningly and encouraged others to do the same ….. You’ve got some work to do.

What transpired before our editorial was bad enough: an inaccurate social media post linking Stucker to Trump supporters went so viral that, before I even saw it or commented personally (let alone wrote an editorial), it had been circulated by a state representative in Marion, the Des Moines Register (which posted a correction within a day), several Iowa City community leaders, at least one Black Lives Matter group, an official representative of the Democratic Party, and many of Iowa City’s biggest social media influencers. What happened after the editorial was even uglier, revealing the ethics of high school in activist form — and a whole lot of silent, enabling, standby accomplices.

Ironically, prior to this issue emerging, we were going to run an editorial about how seepages of Trumpism are evident among even his opponents and those who claim to be most opposed to him. Now here we are, with a real-life, real-time situation that helps illustrate this seepage and why we need to rid ourselves of it.

In “Konnexion Controversy: Just the Facts,” linked here, you can review the factual information that has emerged to further clarify this situation, and why The Real MainStream is standing stronger than ever on our original editorial point. Here, we focus more on the human, including the collateral damage:

OTHER SAD REVELATIONS ABOUT OUR PROGRESSIVE COMMUNITY

The other lessons to learn are almost too numerous to name, but all fall under a big heading of “damaging shortcuts and cheats in dialogue and debate.” Shaming as a debate tool. False indignation. Fake posturing. Skipping in voice back and forth between “innocent social media friend sharing about my cats, snacks and personal life” to “cancel campaign ringleader and self-appointed ‘community leader’ handing out the pitchforks.” These are familiar tools in our last four years; they are seepages of Trumpism into the progressive movement.

TIME TO TAKE ACTIVISM UP A NOTCH

In closing, what happened these past few days is the epitome of an indulgent, privileged progressive community that has lost sight of the world outside of its own bubble. We just ran a story about an ongoing campaign to stand up against racism in small Iowa towns. This past week’s style of knee-jerk “anti-” activism won’t work in those small towns. You can’t go storming into a community as small as Iowa City, let alone Marengo or Belle Plaine or Orange City or Minden, and accuse a 16-year business pioneer of a white supremacist conspiracy based on rumors eventually proven untrue, then just walk away from that mess you made, and expect any meaningful progress.

You’ll get a short-term activist fix — and a year from now, five years from, still be asking yourself along with the rest of us, “Why is Iowa so red? Why did we re-elect a guy like Steve King for decades? Why are we still a mostly conservative state?” Here’s why: Because we keep giving the real opponents excuses to re-elect red and far right, by the lack of principles in our own progressive, liberal, socialist, far-left and leftist strategies.

However you feel about any point ever made in this debate, we can all agree on one thing: rumor played the starting role. Attacks were lobbed by many based on something they read online but didn’t know much about first-hand. Truth — not the same as conjecture, assumption, interpretation — got lost along the way. That should have been enough to stop it. It wasn’t.

Yeah, a lot of us indulged in rumor-ridden squabbles and skipped over due diligence, and still feel entitled to do so. A lot of us peed and pooed in the community discourse. It’s not too late to clean it up. Now, we focus on recovering from the collateral damage.

Find a pleasant, self-loving way to do what you’ve got to do, whether publicly or privately. Join your fellow “I was wrong”-ers for a virtual drink. Light one up! Bake some brownies. Hold a Zoom meeting to talk about how you got so off track and how you can prevent yourself from doing it again. Read up on social media ethics, what actually happened in the witch hunts (including the leading role of men claiming to be looking out for women, constant re-questioning of the same allegations, and ignoring when the answers demanded the questions stop), community organizing ethics, and journalism ethics — especially that meddlesome one about the difference between fact and rumor and why it’s so important to recognize that, especially online. I’m not being a know-it-all; I’m asking you to stop being one.

Meditate. Pray. Do yoga. Cry. Hold an “I am sorry” postcard party. Treat yourself to an “I forgive myself” celebratory meal. Whatever it takes for you to approach the task of admitting you were wrong and making amends (at least with yourself, if not Stucker and your community), find it and follow through. Stop belittling this community discussion you inspired, and the attempt to have it with depth, detail and thought. This isn’t about defending Stucker and The Konnexion; it’s about a basic ethical principle that is equally good for everyone, including you. Use that prolific social media power you wielded on Jan. 7, 8, 9, 10 and 11 to attack on so many threads, and take 10 seconds to type “I’m sorry. I was wrong” on your timeline. Then, start thinking about the tactics that will REALLY work to reach the sea of red surrounding our islands of progressive thought bubbles.

Click here to read the accompanying “Just the Facts” sidebar.

(Editors’ Note: A good number of attackers accused this publication of protecting a revenue source. It is essential for readers and followers of this saga to understand that we are different than many publications. The Real MainStream openly conducts advocacy journalism, which means we openly stand for and advocate in support of some basic principles about which we are beyond transparent. Not a soul advertises in this publication, writes for this publication, or contributes to it in any way, without knowing what those are. If one of our advertisers is functioning in violation of those principles, we WILL call them out regardless. If an advertiser is unfairly accused of violating our Mission Statement, we WILL defend them vigorously. That is not bias; that is building community.) 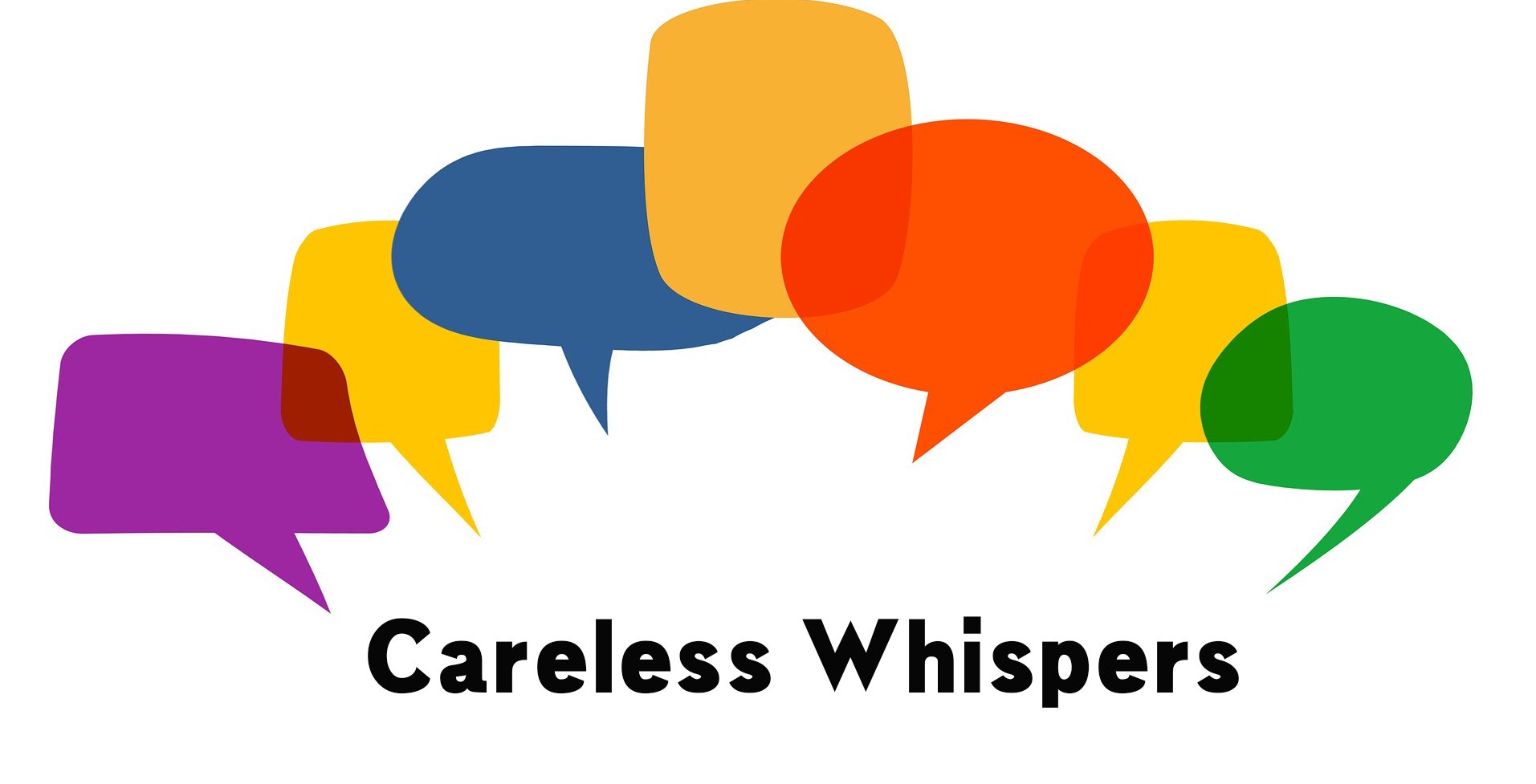