Polyamory, open relationships, and non-monogamy are popular fads — and terrifying concepts. Not many people want their partner to interact romantically, intimately, or sexually with another person.

In fact, the thought of that might generate in you a feeling of palpable dread. Your stomach might tighten; you might throw up. It’s not a bad thing.

These physical reactions and the affiliated emotions are certainly not comfortable. But if you’re ready and interested, these moments can be beneficial and invigorating for your relationship.

Not sold yet? I know. But keep reading. You’ll see that each relationship has the potential to be healthy and non-monogamous if desired.

But first, some statistics: a 2018 KInsey Institute study showed 20% of Americans have been in a non-monogamous relationship.

Jealousy is always included in the first question about non-monogamy. I have become an angry, terrifying, and petty rage monster when I’ve discovered a partner even flirted with someone else. I get jealous.

Recently, I went to a drag king show that featured a dating event. We all wore numbers around our necks and sent paper notes to people with whom we wanted to flirt.

I went with my partner, and we have an open relationship. They received numerous flirts because they’re amazing and attractive. Unexpectedly, the rage monster in me arose and sent me intrusive thoughts about my self-worth.

It only became worse the next day. Usually, I would distance myself or lash out about the jealousy. But this time, I felt I’d failed at non-monogamy. I know my partner loves me and chooses to be with me. But it’s hard to stay logical when there’s an intense emotional response. I decided to breathe through the feeling and not act upon it.

That’s harder said than done. I felt awful. I let the waves of dread and anxiety wash over me without carrying me away. I tried to not divulge any inner thoughts to my partner with the exception of letting them know, “I’m anxious and I have thoughts about last night.”

By the time I arrived home from work in the afternoon, I felt prepared to ask myself questions related to the feeling. I had felt the worst of it, and I didn’t die.

Realistically, I knew I wasn’t upset that people flirted with my partner. I wanted them to flirt! I’ve always wanted my partners to express attraction without conditions. Why was I feeling intense jealousy, when that feeling doesn’t align with my values?

For traditional relationships, where the boundaries are crystal clear and immoveable, jealousy is usually about dishonesty. But what about theoretically healthy and communicative non-monogamous relationships? Where’s the source of jealousy there?

I turned to the internet and originally found some articles and advice from polyamory coaches. I should say that I found a lot of resources, because apparently, jealousy is a frequent issue in non-monogamous relationships.I found the greatest relief from Laurie Ellington, an Open Relationship, Polyamory, and Polyamorous Relationship Coach whose tips for deep breathing and mindfulness were the closest I’ve been to meditation.

So … I let the jealousy move through me. I took a deep breath in and let it out. I asked myself “Why?” I realized I was worried. I had anxiety about my partner leaving for any one of these people.

I was worried thatI wasn’t attractive or cool enough. Or too emotional.

This is when I reached out to my partner and expressed these insecurities. And this is where I realized the key role of honest communication.

They reassured me that they think I’m cool, that they want to support me and my emotions, and that they’re wildly attracted to me. The dread started to dissipate. They want to make the choice to be with me, and I had to trust them.

Non-monogamy relies on the trust and communication between you and your partner(s), but, realistically, so should a healthy monogamous relationship. In either relationship, your partner is still choosing to be with you, and you have to trust them. If you withhold your inner thoughts during those times of anxiety, and distance yourself from real emotional work, then you can’t work on deepening the intimacy between you and a significant other.

This concept of “choice” was new to me, but I’m fond of the phrasing. This was presented to me by a podcast called “Queer Sex Ed” that I’ve recommended to friends of all sexual orientations. It is run by two knowledgeable, empathetic, and passionate people named Sara and Jay that discuss topics related to non-monogamy, kink, queer sex, and a plethora of other topics.

Ultimately, my choice to be non-monogamous is tied to something that Sara said during one of their episodes. She said she wants her partners to be free to make choices, without needing approval or permission, as long as they can communicate about those choices. Including ending the relationship.

I want my partner to be able to do that. Will I be a hot mess after? Yes, definitely. But every relationship needs that choice to be available. Toxic monogamy has taught society that someone is yours, and that’s not true.

We are singular people, no matter how hard you cling. I want to let my partner make the choice to date, flirt, and have sex with other people, because I want them to feel fulfilled in their autonomy.

How do I get through that? I talk to them. I trust them. If you’re interested in non-monogamy, or simply deepening the intimacy in your relationship, talk to your partner. Trust that there isn’t a discussion of your desires, thoughts, or emotions that will be too much. Trust your partner. 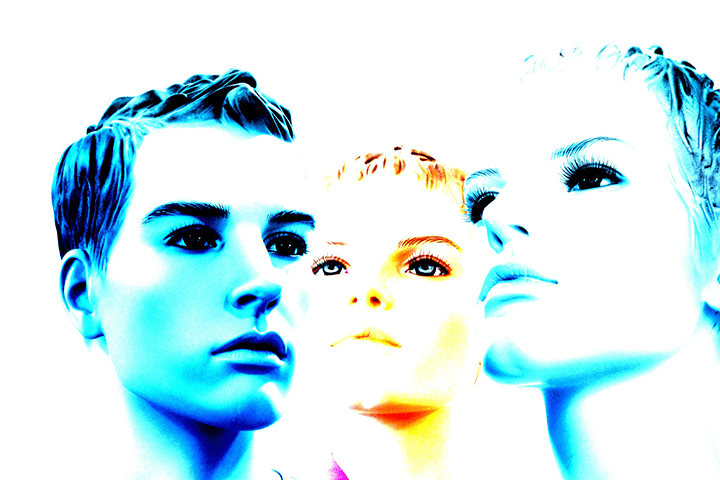