Living in Iowa or Illinois can be an economic challenge if you’re a person of color or a woman, recent studies show.

Zippia declared Iowa the “second-worst state to be black,” with Illinois coming in at the 11th-worst spot. In addition, 24/7 Wall St. has five Illinois cities in its list of the 15 worst cities to live if you’re black. And Iowa’s Waterloo/Cedar Falls is considered the country’s third-worst place to live if you’re black, after topping the list for several years.

In addition, Iowa is among the states with the worst gender pay gap, reports the Des Moines Register in analyzing numbers from the Bureau of Labor Statistics. It ranks 40th nationwide in terms of equal pay between men and women, with women earning 77 cents for every dollar earned by a man.

The Quad Cities in particular, which bridges Iowa and Illinois, has among the nation’s broadest pay gaps, higher than not only Iowa’s average but the national average. In Bettendorf/Davenport/Moline/Rock Island, a woman earns only 72 cents for every dollar earned by a man.

Illinois’ gender pay gap is slightly better than the national average, sitting at about 78 cents to women for every dollar to a man, reports the Center for American Progress. However, the state shows extreme disparity when it comes to Black and Latino women, about equal to the national gap.

Black women in Illinois make  less than 63 cents for every dollar earned by a man. Latino women make less than half of what each man earns, lower than the national average.

Zippia and 24/7 Wall St. each base their rankings on economic and education measures including home ownership, unemployement rate, average household income, and percentage with higher degrees.

Notably, Minneapolis/St. Paul, where George Floyd was murdered at the hands of police and triggered nationwide protests in support of racial justice, is ranked by 24/7 Wall St. as the fourth-worst place to live if you’re black. It’s topped only by Waterloo/Cedar Falls, Iowa, and two communities in Wisconsin: Racine and Milwaukee.

Iowa is considered among the country’s 20 worst states to live if you’re Hispanic or Latino, says USA Today.  It ranked Iowa the 16th-worst state in the country, noting it has the country’s third-highest level of disparity between Hispanic/Latino and white degree-earners.

When it comes to being LGBTQ, Iowa actually ranks pretty well. Of the eight communities ranked by the Human Rights Campaign last year, three earned a 100 ranking (Cedar Rapids, Dubuque and Iowa City). Scores for other communities were 57 in Sioux City; 59 in Waterloo; 80 in Davenport; 87 in Ames; 93 in Des Moines; and 95 in West Des Moines.

Illinois had nine communities ranked, but only Chicago had a ranking of 100. Scores for other communities were 42 in Carbondale; 65 in Joliet and Naperville; 68 in Springfield; 70 in Aurora; 72 in Peoria; and 79 in Champaign and Rockford;

LGBTQ rankings, however, are based on more factors, while the other studies focus only on economic and educational factors.

(This article was originally published March 29, 2020) 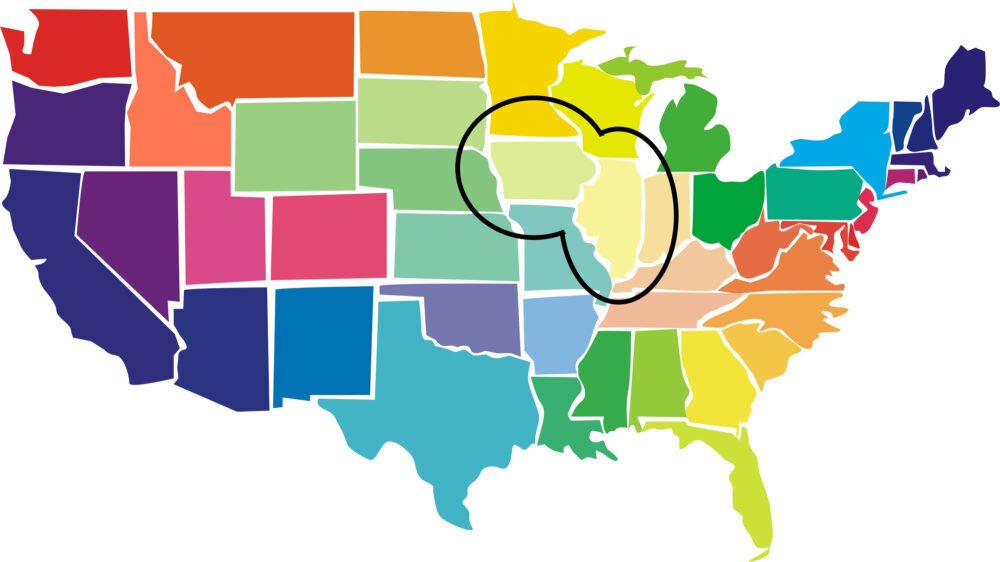