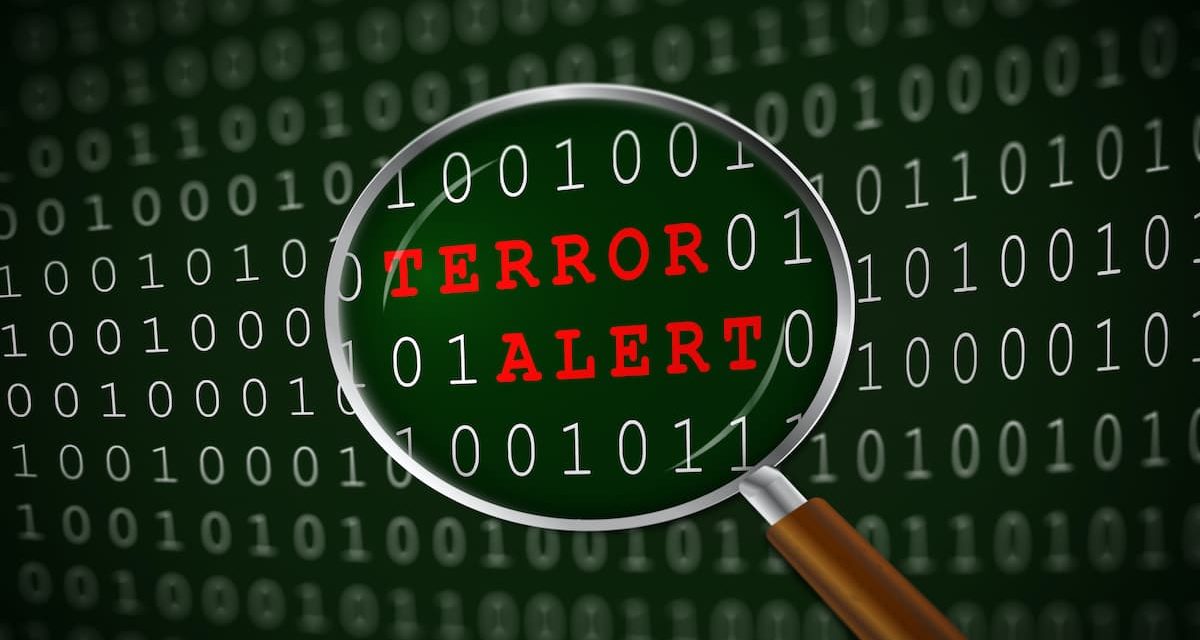 People of the Jewish faith, migrants, and members of the LGBTQ+ community are of increased concern as possible targets of domestic terrorism, according to a new government advisory.

The warning, issued Nov. 30, noted several reasons for its warning. They include:

• changes in border regulation policies that are likely to increase migration

• the upcoming anniversary of the January 2021 insurrection on the Capitol

• a threat Nov. 4 posed against all Jewish synagogues in New Jersey

• and shootings at LGBTQ bars in Colorado Springs and overseas in Slovakia as reasons for the warning.

All of those events have been mentioned increasingly in online chatter by hate groups as inspirations for possible domestic terror attacks, the advisory says.

The two shootings at LGBTQ+ bars stand out because they illustrate the intersectional nature of hate speech and hate-based violence. In both cases, the shooters openly and repeatedly expressed racial hostility before choosing LGBTQ+ gathering spots as their points of attack.

Anderson Aldrich, the alleged shooter at Colorado Springs’ Club Q, has been described in numerous articles as frequently expressing hate for people of other races, prior to the midnight attack on Club Q.

And xxxx who killed two in a shooting outside of a Bratislavia LGBTQ bar, praised a mass shooter at Buffalo, New York, church as his main inspiration and posted “race first” comments as his inspiration for attacking an LGBTQ bar.

Advisories like this one started after the Jan. 6, 2021 insurrection when thousands broke into the U.S. Capitol and threatened violence against government officials. Overall, it warns of potential increased attacks “driven by violent extremists seeking to further a political or social goal or act on a grievance,” wrote DHS Alejandro Mayorkas, head of the Department of Homeland Security, in the advisory.

The increased warning is gaining new focus a week after its release because of a power outage in North Caroline that officials are describing as “domestic terrorism.” More than 40,000 people are without power for several days following a shoot-up of the area’s electrical transformers that occurred a few minutes before the start of a drag show at an area business.

Word began to circulate that the far-reaching vandalism was related to the drag show, after a local resident with extremist beliefs posted on Facebook suggesting a tie between the power outage and the drag show.

Police said Monday they interviewed the commenter and determined that while she had encouraged people to protest the drag show, she was not involved in the power substation attack. Investigators announced Tuesday the online commentator swas an extremist who believed “God” had caused the outage to stop the drag show.had no evidence that the attack on the power station was related to the drag show, although theFBI was still investigating.After interviewing the extremist poster, investigators said, they learned she was not involved in the power station shootings, did not know who was behind them, and had no specific knowledge of anyone’s motive.  motive, and was instead posting her belief that “God” was behind the outage and had caused it to interfere with teh drag show.

Hate crimes motivated by race and religion are spiking, along with anti-LGBTQ rhetoric

Across the country, in California’s Orange County, the Republican-led board of county supervisors is pondering declaring “systemic racism” a public health crisis. The county, which includes Los Angeles, has seen a rise in racially-motivtaed hate crimes for seven years straight.

Hate crimes against LGBTQ people have actually started to decrease, according to several measures. This year, for the first time in three years, deaths of transgender people dropped – from 41 last year to 32 in 2022.

More than 145 anti-transgender bills have been introduced across 34 states, marking the largest number recorded by the Human Rights Campaign in a state legislative session.

Although the bills do not directly encourage violence against LGBTQ people, Goldberg said, they enforce a culture of bias that is often exacerbated by racism and sexism and can lead to an increased risk of fatal violence.

“This year saw unprecedented amounts of negative rhetoric and stigma aimed by anti-equality political leaders and public figures at transgender and nonbinary people, as well as their families, loved ones and even their medical providers,” Goldberg said. “You can’t separate that from the horrific, ongoing violence against transgender people.”

Advisories like this one started after the Jan. 6, 2021 insurrection when thousands broke into the U.S. Capitol and threatened violence against government officials. driven by violent extremists seeking to further a political or social goal or act on a grievance,” said DHS Secretary Alejandro Mayorkas.

62 percent of hate crims are motivated by race or ethnicity 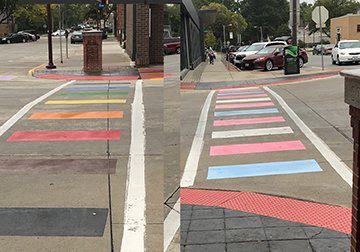 Ames’ rainbow crosswalks are more than a symbol 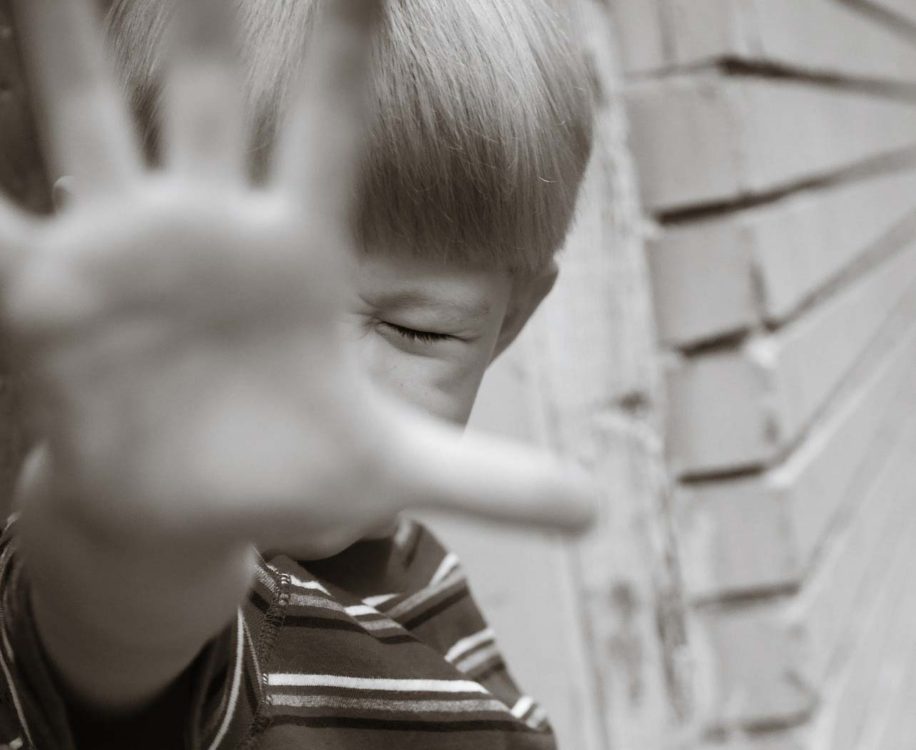 How to empower kids to say ‘no’ 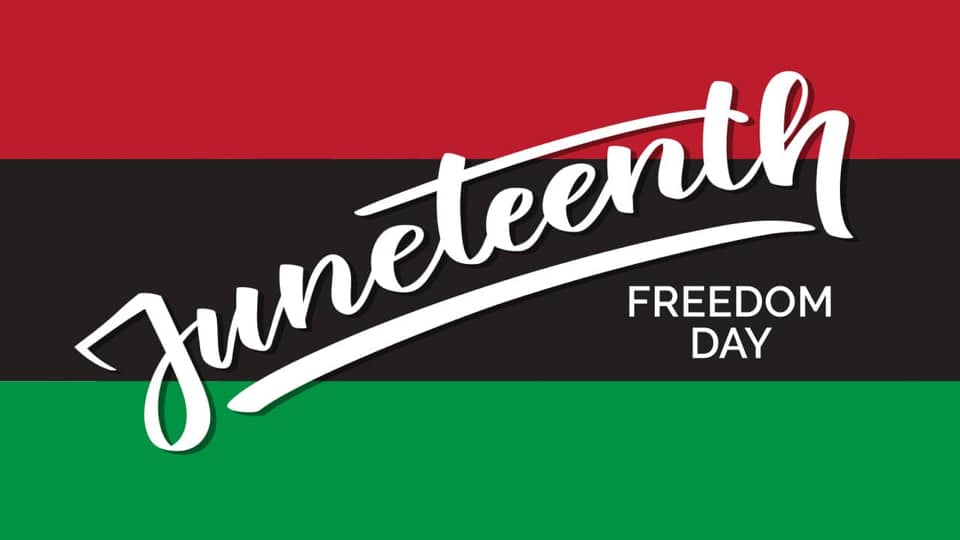