IOWA CITY — The Lambda Softball Association (LSA) of Eastern Iowa is taking it all up a notch, kicking off their summer season Sunday, May 1, with a tentative performance by The Quire of Eastern Iowa, a speech by Mayor Bruce Teague, and T-shirts for sale to the public.

Board chair Steven Holter encourages last-minute registrants to show up by 9 a.m. Sunday to be assigned a team. And league founder Jose Maldonado says the league can welcome new players even throughout the season.

“We held our first skills day and practice for the season (April 17) and had an awesome turn out with many new faces from all over Eastern Iowa,” says board member Erin Droll. “The LSA board is looking forward to another successful season of fun, teamwork and inclusivity.”

Maldonado founded LSA in 2018, inspired by his experience with LGBTQ softball leagues in Florida. Since then, LSA has offered softball, kickball, darts and other sports leagues, gatherings and events. It’s also built a traveling team presence, connecting some of its players with those from other teams and cities to compete in tournaments across the country. Most recently, some members of Iowa City’s Dirty Divas team built a team with players from Milwaukee, sending an all-male contingent to Phoenix, Az., where it won first-place.

Over Memorial Day, the traveling team will head to Minneapolis for tournament play, fielding a multi-gendered team that Maldonado says will be “99 percent from Iowa City.”

For many league members, LSA is a key social outlet in addition to a great exercise option. “This was the first organization I became involved with when I moved to Iowa,” says LSA member and former board chair Melissa Stockwell-Gregson. “It was a launching point for all my friendships in Iowa City! To have friendship and fun on a softball field, even better!!”

Ben Packer, a resident of Brooklyn, Ia., played with the Dirty Divas team in Phoenix and said it was “the most energetic, caring team that I have played on.” Packer praised Maldonado and Holter for their coaching style and pep talks. “We were also playing at a disadvantage crowdwise though several of our games,” Packer said. “The Phoenix teams had a very large and loud crowd, and we had less than 10 people that really held their own against that big crowd of people…. we were always there for each other.”

This is the first year the group is selling T-shirts to the general public as part of its fundraising and awareness efforts. Team sponsors are always welcome, as are general sponsors, Holter and Maldonado said. Eventually, the league hopes to hold a statewide tournament involving teams from Iowa City, Des Moines, Davenport and Sioux Falls, Maldonado said.

Sunday’s festivities take place at Mercer Park, 2701 Bradford Dr., Iowa City, and start at 9:30 with Teague’s moment, continuing at around 9:40 a.m. with The Quire or another vocalists’ rendition of the National Anthem. Holter and Maldonado will both speak. Games are scheduled for 10 a.m., 11 a.m. and noon. The group will head to Shakespeare’s Pub and Grill, 819 S. 1st Ave., after the games. To keep up-to-date with LSA, watch its website at lsaiowa.org, or its Facebook page. You can also reach out to board chair Holter at [email protected], or 319-202-4119, , including for last-minute registration tomorrow. 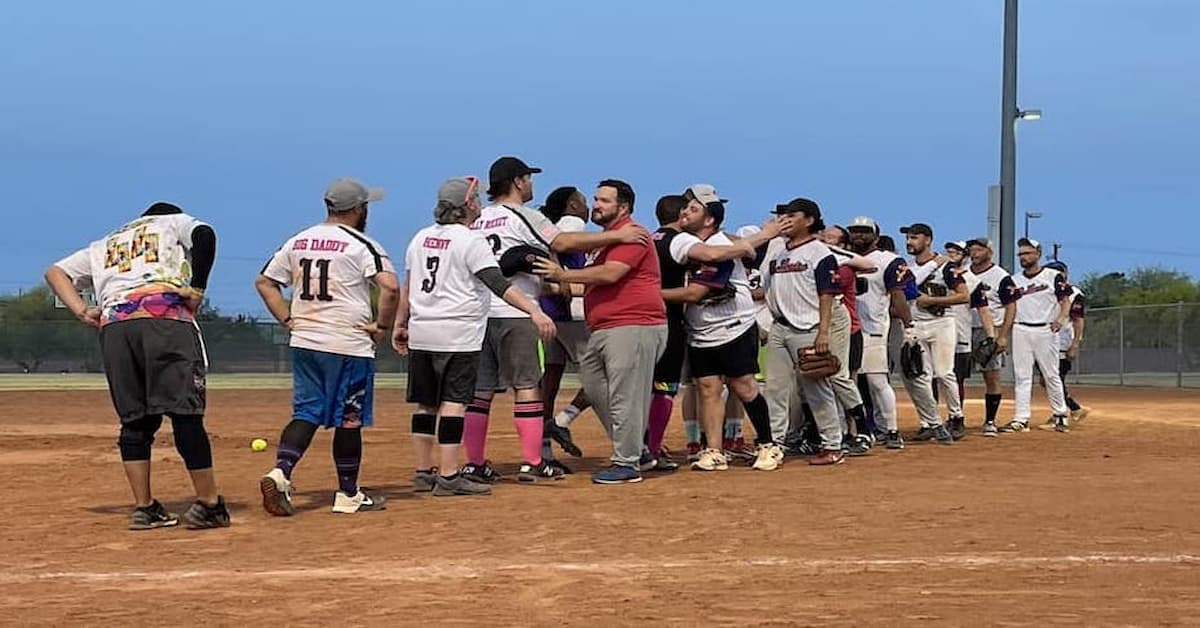