With opioid overdoses up 35 percent in Iowa, 32 percent in Illinois, and 30 percent nationwide, what’s behind this newly-surging epidemic and what’s being done to slow it?

In this first edition of The Bigger Picture, we take a quick look at opioid overdose prevention and treatment, and changing cannabis policy and research to help break opioids’ death grip on every single state in America.

THE PROBLEM: The COVID pandemic is mostly being blamed for the renewed struggles the nation is having with opioids.

The  “new wave” of the opioid epidemic is hitting Blacks and Hispanics harder, while previous waves hit whites at higher rates. That’s because today, the issue is fentanyl-laced street drugs, while before, opioid deaths were largely driven by white folks over-using doctor-prescribed painkillers.

What new solutions are coming to the forefront?

Cannabis needs to be at least part of the fight against opioid overdoses.

Studies increasingly show the elements of cannabis reduce pain or inflammation. Cannabis dispensaries are shown to reduce the percentage of people on legal opioid prescriptions, and to reduce opioid deaths in general.

“An increase from one to two storefront dispensaries in a county is associated with an estimated 17% reduction in all opioid related mortality,” reports the BMJ journal for health care workers. Illinois provides medical and recreational cannabis, and the opioid alternative program, to hundreds of thousands. Iowa only offers about 4,770 people (updated from the October 2021 print edition) a restrictive medical cannabis program.

Meanwhile, research grows on other factors relevant to Iowa and Illinois. For one, rural isolation remains a high-risk factor for opioid overdoses, with some studies showing rural drug users at much greater risk than urban users. In fact, Addiction Center reports, the rate of overdose in rural areas began surpassing that of urban areas in 2006.

It’s time we all join the Iowa State University students petitioning for legalization of cannabis.

It’s time for Iowa to snap out of its stupor regarding medical cannabis: at minimum, expand its medical marijuana program.  More sensibly, finally legalize recreational cannabis. Go to www.legalizeiowaletter2021.com to sign the petition.

This article first appeared in The Real Mainstream’s October 2021 print edition as our first BIGGER PICTURE feature, which compares policies and practices in Iowa and Illinois, and places both states in a national context. If you’d like to subscribe to the print edition, where you’ll receive exclusive content and a first look at pieces like this, click here! 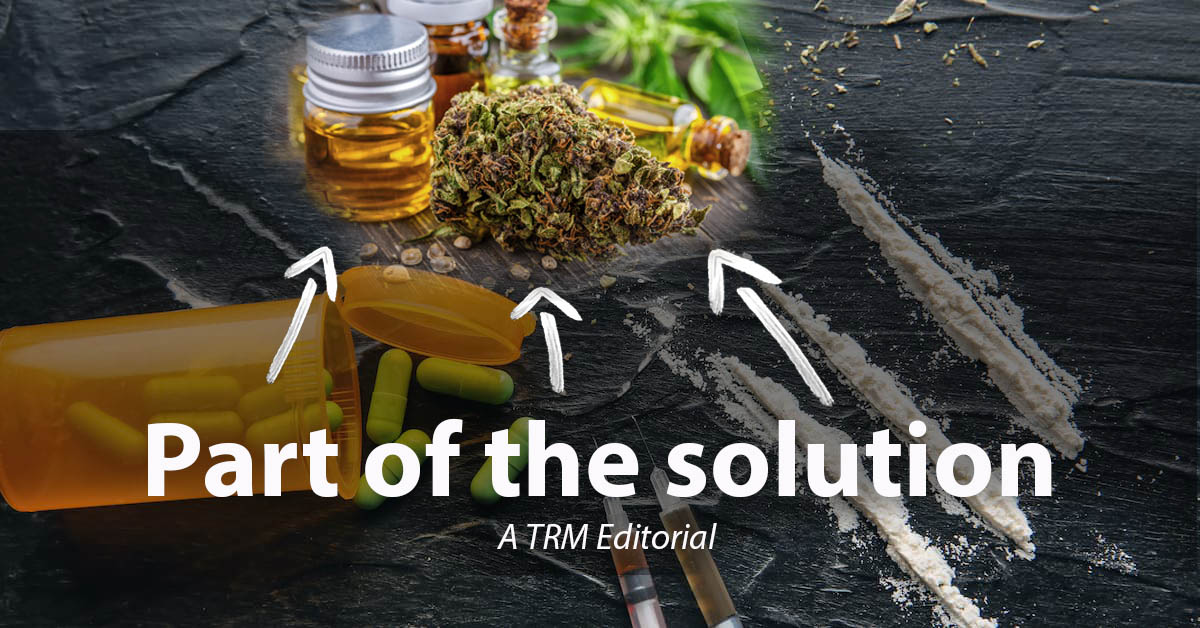