QUAD CITIES – A Quad-Cities collaboration between a queer Christian Church and a synagogue is encouraging Quad-Cities residents to make use of new brochures that guide people on how to respond to hate incidents.

One Human Family QCA has introduced a tri-fold that:

“It is ‘hard times’ for a lot of people in the Quad Cities,” says Rev. Rich Hendricks of the Metropolitan Community Church of the Quad Cities. Hendricks founded One Human Family QCA along with Rabbi Henry Karp. “When we talk about and stand up for each other, we take away that element of fear.”

The Quad Cities are among Iowa’s most diverse metropolitan locations, and also an area losing population.

In the past two months, the Quad Cities area has experienced three episodes of racist flier distribution — each time, through a tactic that wraps the hateful fliers around progressive media like The Real MainStream and Little Village Magazine.

Similar fliers have also been distributed in Iowa City. News reports link the fliers to a flailing hate group called the National Alliance.

Hendricks says he believes the group is targeting not only racially diverse parts of the Quad Cities, but also children. One episode of flier distribution occurred during a school event at Brady Street Stadium, the Quad City Times reported.

Hendricks says he and Karp formed One Human Family to help residents feel encouraged, safe, and informed in how they respond to hate incidents. He encourages residents who receive these fliers to follow the directions distributed by One Human Family, and fill out a hate incident report through the form provided at www.onehumanfamilyqc.org.

The vast majority of hate crimes and incidents are not officially reported, leading to a drastic under-documentation of how Americans are affected by hateful actions, Hendricks said.

In addition to encouraging hate crime and incident reporting, One Human Family hosts monthly meetings that include discussions on timely issues. The group also connects regularly wtih the Immigration Coalition and the Community, Education and Awareness task force chaired by Karp.

One Human Family also sponsors and organizes diversity conferences featuring expert speakers. And they offer free “Welcome Neighbor” yard signs that read, “No matter who you are or where you’re from, we’re glad you’re our neighbor.” Shirts bearing the slogan are also available for purchase.

“You can be a walking advertisement for inclusivity,” Hendricks said. “The more we can do to be a more permanent and welcome presence, that let’s them know that their message is not going to be welcome.”

(Ox Fotheringham and Christine Hawes contributed to this article) 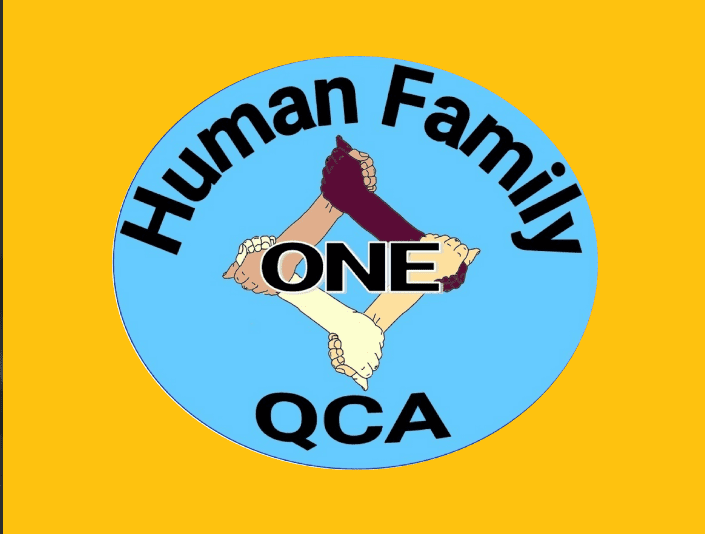