Hi, I moved out of Iowa to Western Washington a few years ago, but want to share an experience I had out your way. I went to college in Mt. Vernon in the late 1990s. Going to be up front, I am white. However, our college had a club, at the time they called it BACO (Black American College Organisation.) The club’s name was changed since I graduated. I am not sure what it is now. A few times BACO members invited me to hang out with them as a guest. Sometimes we took trips to Iowa City. To do that we had to drive through the town of Solon, or drive a very long way around the country. My friends in BACO mentioned to me that it was safer to drive around Solon. The rumor was there was a Grand Dragon living in Solon and it made police encounters more likely to happen to them. This was more than 20 years ago, but people in small towns don’t like change. Please be careful out there. I keep in touch with another close WOC friend who lives in Cedar Rapids. She reports having a lot of racism in that city too. — Joy Vandenburg

As a white person born and raised in privilege just outside IC, I was shocked when in 1964 a young foreign exchange student from the Congo was locked out of a sports event at City High by his classmates. He was living with my family and I remember he came home feeling ashamed. We, his family, apologized, saying it was his classmates who should be ashamed. It is super unfortunate that 55 years later I’m still apologizing for my town’s racism. I’m so sorry. — DeDe Dancing

Hi Latisha,I am responding to your article as a native of Iowa City and graduate of City High School. As the only child of a poor single mother, we grew up in University and Section 8 housing on the west side of town. I was fortunate enough to be friends with children from Korea, Cameroon, Russia, and Taiwan. Throughout my school-age experience, I rarely found myself in a room that didn’t represent the diversity of this our great city. As an adult, I have lived on both coasts and in Chicago. I am a high school teacher, who has only ever worked in low-income communities of color. In my job as a college counselor I was fortunate enough to travel to nearly 40 states in the U.S.. All this goes to say, that I have been around the country, and I have seen the best and worst that it has to offer.

So, I have a question for you: have you been anywhere in the U.S. that you think people of color would feel more “welcome,” than Iowa City? I’m not saying that microaggressions and discrimination don’t happen everywhere. But do you really think that this city, and its people, are actively hostile to people of color? We’re talking about a city that voted for Barack Obama (and Hillary Clinton) by over a 30% margin. A city and state that never practised any form of red-lining, voter suppression, or other forms of institutionalized segregation. And a University that graduated the first female lawyer in the country, nearly 50 years before universal female suffrage.

I get it – there are assholes everywhere. There are bigots everywhere. There are ignorant people everywhere – I’m not arguing against that. But the idea that there is an active assault on the rights and opportunities of people of color within the limits of the Iowa City/Coralville jurisdiction is really hard for me to believe. If anything, the fact that my mother and so many of my friends’ families came from other parts of the country (Chicago, St. Louis, Milwaukee) seem to prove the opposite. People, all people, actively move toward better opportunity and not away from it. For me and my other friends who are people of color, Iowa City was a safe haven that our parents never knew anywhere else.  Thank you for your time, and keep doing what you’re doing. — Kyle

Do you have an opinion on a recent article in The Real MainStream? Send your commentary to [email protected]

Love this idea. As a 58 year old , I went to your drag show last night, first time in a gay club for 32 years. Was so impressed, the show was awesome and friendly staff. — Tom Armstrong

Best wishes to the Falcons for success and enjoyment. Rugby is more than the greatest game in the world. it is the seed that will produce a lifetime of friendships and memories. —  John M. Dooley 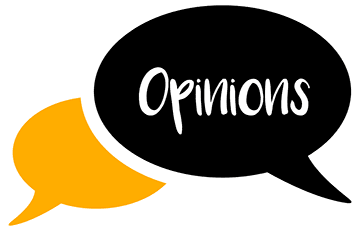