In spite of such a difficult COVID-consumed year for all of us, the universe gave us unexpected gifts along the way. Some are bright and shiny; some are dark and stormy. Some are both.

One of those dual-sided gifts for me has been discovering a 42-minute concert film that a commenter on RateYourMusic calls a “post-rock/dream pop/neo-psychedelia epic…. absolutely heavenly.”

Known officially as “98.12.28 Otokotachi no Wakare” (“A Men’s Farewell”), this concert is, as video game developer Daulton Nelson writes,  “a mastery in progressive pop and psychedelic pop” and “an uninterrupted journey into nature, the serene, and the mental dark places we all have.”  I pass on this gift to you, in the debut of our first weekly culture review.

“Long Season” is another known title of this amazing live jam — an apt moniker for this year and our seemingly endless battle against coronavirus that is still going on. Yes, it’s a long, long season ….

When I first came across the studio version of this masterpiece, by chance during a late-night (early-morning) work session, I stopped everything I was doing. I had to,  immediately intrigued. A few eager Google searches led me to find the live version, recorded 22 years ago Monday on Dec. 28, 1998. With that, the trip really began.

The urge to cry, smile and breathe more deeply washed through me soon into the concert, and I had an immediate sense I was hearing something I’d been yearning to hear, needed to hear. More research, and I soon understood why: “98.12.28” was the last live performance by the deeply under-appreciated Japanese band Fishmans. Their prolific lead singer/producer/guitarist Shinji Sato died three months after this show, at 4 p.m. on 3-15-99, at the age of 33, writes Fandom. Sato had suffered from a heart defect most of his life.

“Long Season” is a creeper. You start with a sample pattern that reoccurs throughout and before you know it, simple layers of bass, drums, guitar, violin, vocals, sound effects, even accordion are swirling. The band’s continuous use of patterns is magnetic, mysterious, dreamlike, and occasionally jarring. Its simplicity makes it more accessible, and almost more complicated. Turns out that stripping down to the heart is what many adore about this concert film. Over its 11 years, the band was always working to find essence.

Drummer Kin-ichi Motegi credits recording engineer Kazuyuki “Zak” Matsumura in his 2019 interview with Japan Times.  “He showed us how to strip things back and reduce our music to the bare essentials,” says Motegi. “I feel like Zak taught us a lot about how to generate a sense of tension. When you keep adding sounds, you lose that.”

Rediscovering minimalism, and how less is more, is one of those unexpected gifts of the pandemic. That liberated, calming feeling of leaving behind extra trappings, letting your hair grow or become its natural color, rediscovering the simple joy of breathing in the air freely, or lying in the grass, or dropping FOMO (fear of missing out) …. This concert captures the sensation like nothing I’ve heard before.

As you listen to “Long Season,” even time after time, it seems to loop right into a new realm just as you’re raw from the current one. Technically, the concert is in five parts.  But these meaningful transitions are throughout, not just between. Ali Haider’s review of the performance helps illustrate this, by capturing and sharing with us snippets where subtle changes make all the difference in the mood.

One great example that moved me: five minutes and 15 seconds in, long after most pop songs would be over and the next tune halfway along, “Long Season” introduces a buttery smooth integration of Sato’s voice, Motegi’s drumming, Yuzuru Kashiwabara’s bass-line, and guest performers Michio “Darts” Sekiguchi on guitar and vocals, Yoko Honzi on violin, keyboards and vocals. It’s just one of many moments that, even now on the umpteenth listen, generate endorphins. I have yet to be without a full-body sensation.  A sense of healthy and expansive “feeling” washes over you as you listen — calm, playful, somber, melancholy, hurting, reminiscent. On the journey goes, for another 35 truly glorious minutes.

If you wonder if I’m exaggerating, google the band and concert yourself. You’ll find, as I did, the grandiose phrases used to describe them over the past two years, decades since this recording. It’s as though “98.12.28” makes everyone an amazing reviewer. It’s that powerful.

Hardly any of us knew about Fishmans until streaming services a year ago picked them up, the Japan Times writes. Let’s be honest: we all love a “belated tribute” story. Beautiful to imagine so many people receiving the same gift that you and I are receiving right now, and feeling the same gratitude.

And then there is lead singer and composer Shinji Sato. The circumstances of his departure from this earth are both mystical and tragic. But his spirituality is more nuanced and complex: his sound, gestures, and style represent a “genderlessness” long before such a quality was as understood and affirmed as it is today.  His androgynous sound and look are part of almost every review. Sato’s wailing style is beyond androgynous, and more like otherworldly.

Watching the film, rather than just listening to it, amplifies all the effects. It’s like a low-fi light show, and you’re moved often by Sato’s presence. Especially knowing this was his last show. Especially now that his work is newly appreciated. The band’s teamwork is remarkable, writes Tom Brewer in England’s The Edge, who calls the performance an “odyssey of sound that truly pushes the listener into bewildering territory.” Brewer talks about how “instruments spring from nowhere into flurries of decadent, sumptuous sound,” and gives a nod to “that rock-steady rhythm section keeping it all in check.”

I initially second-guessed whether to return to this previous realm of my freelance writing, which is reviewing indie and under-publicized artists. For sure, our tiny volunteer crew has its hands full writing about fighting racial injustice, misogyny and transphobia or homophobia; illuminating spirituality, community organizations, and more. But culture and what makes our creative juices flow matter even more now, in the pandemic era. And in essence, I can’t imagine a better way to kick off our new culture review series than an overlooked, under-appreciated band with an intersectional, gender-bending identity, pouring out their hearts as a committed team striving for their best during trying times, knowing they face both mourning and unknown potential ahead.

“98.12.28” is a salve, it seems, for all the feels. When I want to mourn and reminisce over the year we’ve lost in many ways, I put on this concert. When I want to capture a sense of breezing above all the stress, I listen to the live “Long Season.” When I’ve just encountered sad or trying news about another and am awash in empathy, I want to hear this. When I need to focus, “Long Season” in concert is my new go-to. When I am most impassioned by my own dreams and what it will be like to manifest them, I’m further inspired by “98.12.28.”

Halder captures “Long Season” best: he writes about “hope permeating the bittersweet,” complete devotion yet the ability to be flexible and move gradually, “imbuing their songs with a sparkle of hope that confronts their melancholy natures in a way that will make you want to dance or sway past the sadness.”

It’s now been a few weeks since I discovered this music odyssey, and it just keeps on giving back. I can’t help but pass it on. So, Happy 2021! I hope you enjoy this New Year’s gift from the universe as much as I do.

Suggestions welcome on culture pieces for review! Or, you can provide a review without writing it. Just send us the name and a link about the “culture piece” you’re reviewing, and your answers to these questions:

Send your answers to these questions to [email protected], along with your name and contact information — and you’ll soon be a reviewer! 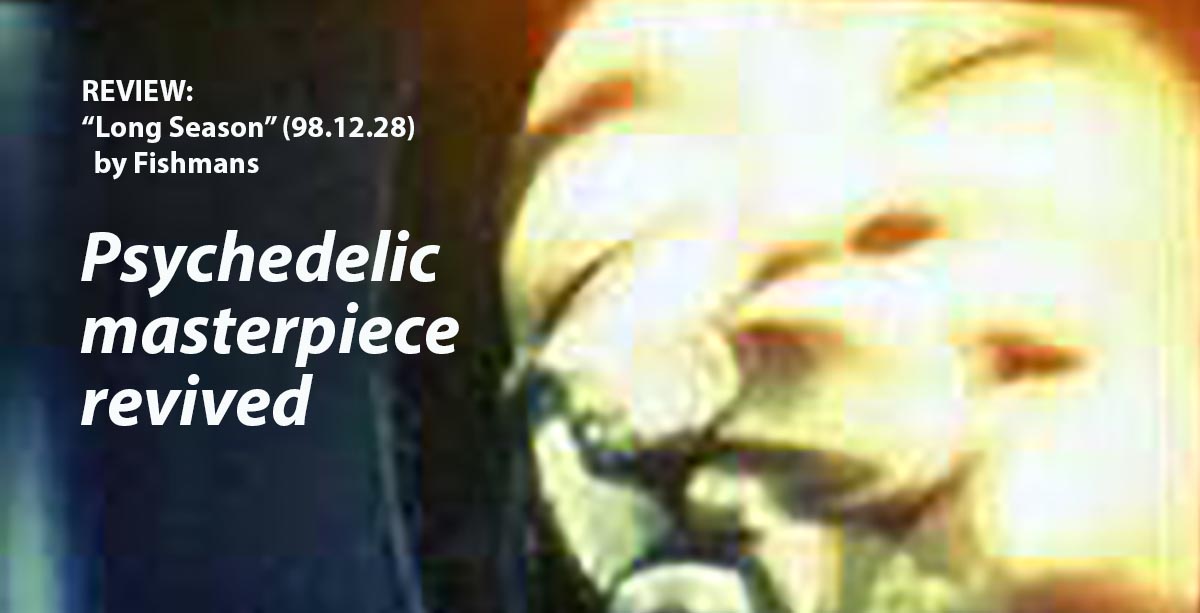