ROCK ISLAND — With a new location for both its summer festival and its parade, the Quad Cities is gearing up for its first full-fledged LGBTQ+ Pride month in two years, with more than 12 events planned throughout June.

The new park location also means grassy areas for people to spread out blankets, lawn chairs and sun umbrellas, and playground equipment for families with children. A general schedule of performers for the two-day event is listed at the end of this article

Admission for the festival this year is $12 for the two-day event, which is $3 less than the festival used to charge. A one-day pass is $7. Vendor organizer Jane Tiedge says 58 total vendors, more than in any year, and many first-time participants. For more information, see the website at www.quadcitiespridefestivals.com.

The Schwiebert Park event is one of two Pride festivals held each year by the private Quad Cities Pride Festivals, run by Andrew Glasscock. A fall event also takes place in September and will happen at LeClaire Park in Davenport. Glasscock said in December that moving the summer event to Rock Island is part of an effort to draw a greater variety of attendees to the festival, and to showcase Rock Island’s standout riverfront park.

Schwiebert Park, at 101 17th St., is less than a mile from Davenport’s two LGBTQ+ nightclubs, Mary’s on 2nd and Varieties Nightclub, which are located just across the Centennial Bridge. Parking for the June 3 and 4 festival can be found throughout downtown Rock Island, within a few blocks of the park. Downtown Rock Island’s Holiday Inn at 226 17th St. s also offering a special Pride rate; call 309-794-1212 to reserve your spot.

Volunteers are encouraged to sign up by emailing Andrew Glasscock at [email protected].

This year’s parade is happening in downtown Moline for the first time ever and starts at 3:30 p.m., just before the Bass Street party in the evening. You have until June 5 to sign up to participate in the parade, which is held each year to “show pride and unity within the LGBTQ+ community,” said parade president Te LeShoure. “The pandemic has made life extremely difficult for LGBTQ+ people, enhancing feelings of isolation and loneliness,” she said. “We hope that everyone comes out and enjoys being together.”

In addition to the three events, here are the other Pride-themed events happening in the Quad Cities through June: 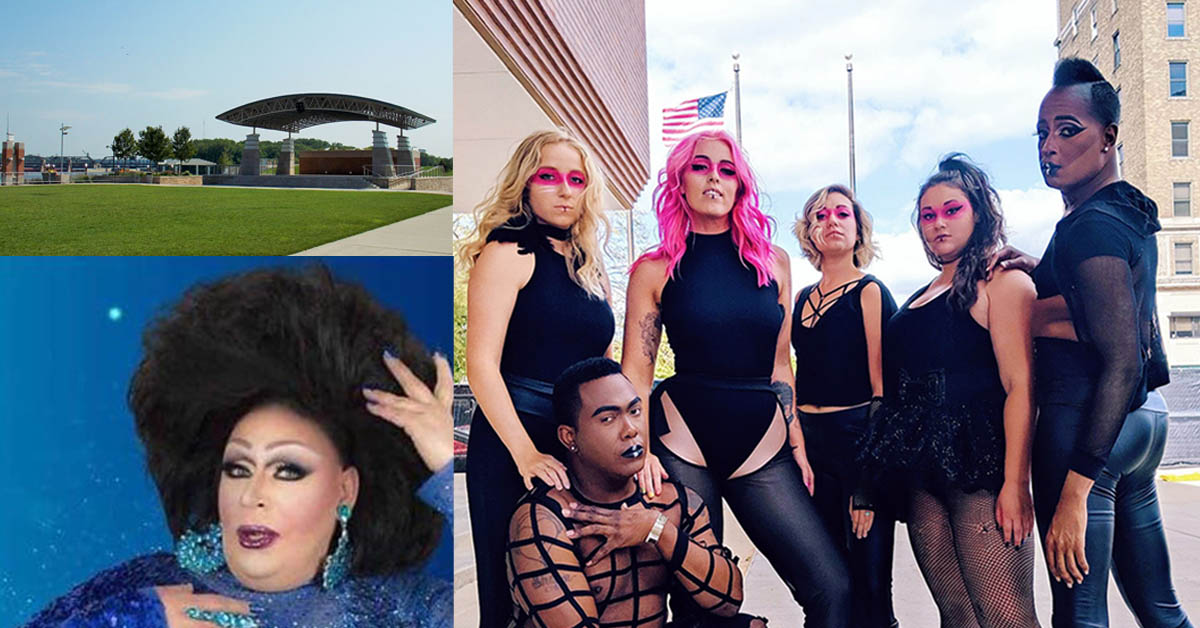