Are you among the estimated 7.3 million eligible voters in Illinois and Iowa who have yet to cast your vote in this year’s election? Would a ride to the polls help?

For transportation, free or discounted rides are available today from nonprofits, community groups, public transit systems, corporations and political parties throughout both states. Links to find your voting location are at the end of this article.

Officials estimate that about 1.6 million Illinoisans and Iowans are eligible to vote, but haven’t yet registered, reports WQAD. In addition, about 5.7 million registered voters in both states haven’t yet cast their votes, even while voter registration and voter turnout so far are both breaking records.

The two states’ trends reflect what is happening nationally, with record-breaking turnout of almost 100 million voters already, out of about 213 million registered voters. By contrast, total voter turnout in 2016 was almost 139 million, including Election Day itself.

For help with transportation, Uber is offering 50 percent off rides to the polls in both states. Lyft is offering discounted or free rides; Text 2020VOTE when you order your ride to receive either a 50 percent discount, or a free ride in some under-served communities.

• All three major driving services will offer free transportation to the polls in Chicago.

• Voters in Cedar Rapids can turn to a collaboration between the Advocates for Social Justice and Uber, to receive free rides until 10 p.m. Download the Uber voucher at r.uber.com/r_ijw60lfkf0. Find your voting location at vote.org

• In Des Moines, there are at least three sources of free rides to the polls. Turn to Des Moines Area Rapid Transit for free rides. You can also reach out to NextGen America for a free ride to the polls,

• In Iowa City, Iowa City Mass Transit is free all day. You can also connect with the Corridor Community Action Network for free rides.

• In Dubuque, public transportation is free in the city of Dubuque through the end of Election Day.

• In Council Bluffs, public transportation to the polls will be free today, and Black Votes Matter will also be available to help with transportation.

• Free bus rides to the polls are available from Mason City Transit all day.

Both states are experiencing record-breaking registration, and turnout.

In Illinois, a highest-ever total of 3.6 million people have already voted, and another 4.7 million registered voters could still vote today. By contrast, just over 5.5 million Illinoisans voted in the 2016 presidential election, including Election Day.

In Iowa, a record-setting 950,000 people have already voted, reports the Des Moines Register, and another million or so voters could still turn out today. By contrast, just over 1.5 million Iowa voters participated in the presidential election, including Election Day.

The two states’ total of potential voters who haven’t registered as of yesterday is part of 13.4 milion such voters nationwide, reports VoteAmerica. 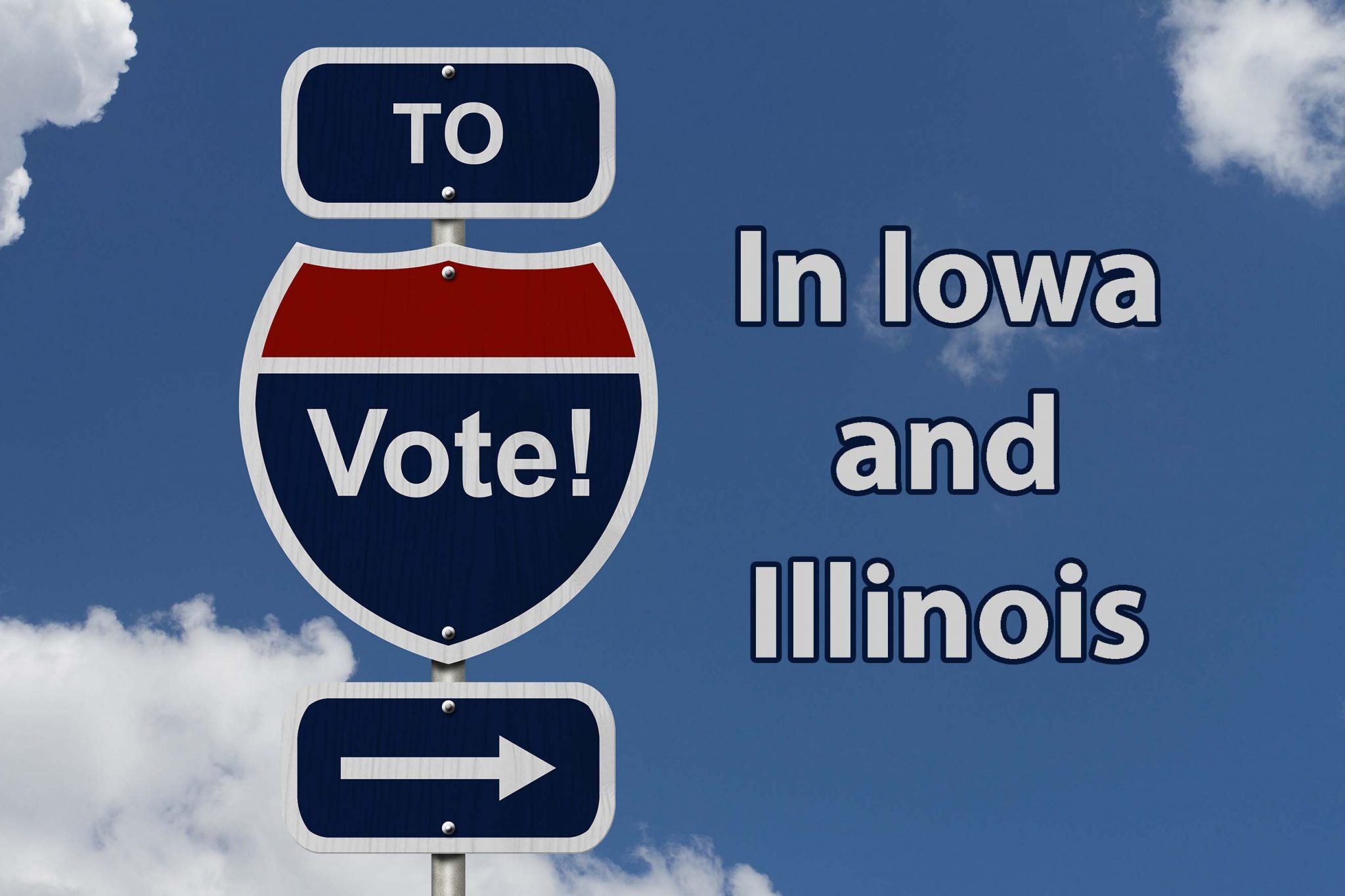