“The Way of Water” is stunning, important and helps redeem the original “Avatar”

“The thing about Pandora is that you may grow to love it too much.”

That’s the opening line of “Avatar 2: The Way of Water,” sequel to the original that appeared in 2009. The line invites the audience to escape to a visually stunning natural world and experience something no other film can offer.

My edict: “Avatar 2: The Way of Water” lives up to this beckoning.

‘Avatar 2: The Way of Water’ transcends the original

This sequel follows main protagonist Jake Sully (Sam Worthington),  his love interest Neytiri (Zoe Saldana), and their four children. The family is forced to flee from Pandora after Humanity, forced off the island in the first Avatar, threatens to return.

The human colonizers, led by a colonel in Na’vi form, pursue Jake and his family to the tribal island where they’ve escaped, trying to exterminate them. Meanwhile, Humanity’s return to Pandora is driven by the cruel pursuit of a species of sentient whales, whose brains contain a substance that stops human aging.

In telling this story, Cameron provides viewers with an experience they can’t get anywhere else. The Pandora he creates is in stark contrast to 21st-century Earth: in Pandora, you can talk and build bonds with animals and nature, while our real world has seen a 70 percent drop in biodiversity since 1970.

Cameron’s use of computer-generated imagery offers us an escape from the mundane daily existence of our own world that is trapped in concrete. Pandora in “Avatar 2” feels so real, it’s almost possible to smell the salty ocean water.

Cameron provides a sense of intimate community for our modern-day world, where mass communication has become impersonal and dehumanizing. He offers us a story of “paradise lost,” a sci-fi retelling of the biblical Garden of Eden without the religion.

But most importantly, Cameron is trying to help us learn. By tapping into the universal nostalgia we all feel – that once there was a time everything was perfect before someone screwed it up – he’s trying to tell us something.

He’s trying to wake us up to how we’re impacting the world around us. “The Way of Water” illustrates that despite our best efforts, humanity remains incapable of change.

Revisiting the original “Avatar” and “Dances with Wolves in Space”

I enjoyed “The Way of Water” more than I did the original – but I also wanted to push myself to understand why. When the sequel was first announced back in 2016, I was beside myself with incredulity. “Who was this really for?” I asked myself.

My subsequent revisits to the original film felt middling, and other reviewers shared my skepticism about a sequel. “I would like to close by objecting to this ever becoming a full-fledged franchise in the first place,” wrote GQ in 2019.

Many had labeled the original as “Dances with Wolves In Space,” a reference to the 1990 Kevin Costner historical epic where a white soldier becomes enmeshed in Lakota Indian culture, turning on Union soldiers.

The label hearkens the “white savior” or  Mighty Whitey trope, where a white character joins a non-white culture and soon becomes the most proficient member in it, thus validating that culture. In the context of the original “Avatar,” the Na’vi culture survived only because friendly white people were willing to save it.

It’s also fitting because like “Dances With Wolves,” the original “Avatar” film is blunt about the brutal legacy of colonialism in America. The original film’s conflict reflects the Great Sioux War where native tribes were forced from their lands because gold was discovered in the Black Hills.

“The Way of Water” continues this brutal honesty by paralleling the U.S. Army’s efforts to kill off bison in the late 1800s, when soldiers left the animals’ carcasses to rot on the prairie and starved indigenous tribes into submission. In both “Avatar” films, it’s no secret who the devil is: humanity, stubbornly refusing to learn lessons of the past despite achieving interstellar travel.

Seeing the sequel achieved what no previous viewing of the original could do for me: it changed my perception of the first film, and Cameron’s message in it. I reawakened to the reality check Cameron offers.

Nothing is perfect, including “The Way of Water”

The story of the new “Avatar” will not break new ground for plot originality. It’s not a complete retread of the original, but it’s filled with similar beats.

The film is too long, clocking in at 3 hours and 10 minutes. Some of the second act seems to be flex by Cameron to show off the detail of his water effects.

Speaking of those effects – and they are gorgeous – something is lost when you move those images to the small screen. This was a similar critique of the first film. I recommend seeing “The Way of Water” while it is still in theaters, where the allure of Eden is larger than life.

And while the new film smartly focuses on Jake’s family, I’ll be honest, I couldn’t remember any of his kids’ names without Googling them. I could generally only remember three of the four, and my brain labeled them as ‘That One,’ (Neteyam, played by Jamie Flatters from British TV fame); ‘Troublemaker’ (Lo’ak, played by Californian Britain Dalton, last seen in “Thumper” and TV’s “Goliath”), and ‘Girl’ (their adopted 14-year-old Kiri, portrayed convincingly by 73-year-old Sigourney Weaver).  Trinity Jo-Li Bliss also makes her big-screen debut as the couple’s youngest child, Tuk.

The necessary, uncomfortable message beneath “The Way of Water”

Great art should never shy away from making people uncomfortable or holding a mirror to society. I’d place “The Way of Water” firmly in the category of facing these things full frontal.

No wonder people experienced “post-Avatar depression’ after seeing the original film. They might experience it again. “The Way of Water” shows that humanity’s contempt for others and the natural world is still not tempered, especially when money is to be made.

This is why the legacy of the two “Avatar” films is so complicated. The price of admission is more than a movie ticket; it’s also accepting a request that we face our history.

So far, maybe that’s not too high of a price. At the time of this writing, “The Way of Water” has grossed over $1.5 billion worldwide and less than a month after its release is already the 10th-most successful film of all time.

The ongoing controversies over book censorship, critical race theory and gender identity remind us we’re still in an era of trying to sanitize history and avoid difficult conversations. Maybe falling in love with Pandora again, and retelling history in the way only Cameron can, will help change that.

So that if our species ever takes to the stars, we’ll have learned how NOT to be the nihilistic sky people in “The Way of Water.” 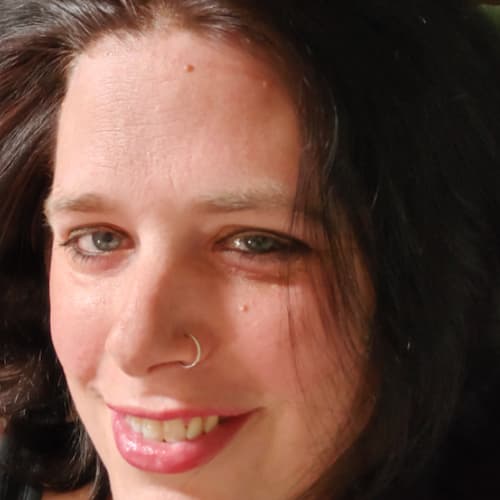 Aime Wichtendahl is a city council member in Hiawatha, Ia., and is a parent, customer service specialist, and freelance writer. You can reach her at info@aimewichtendahl.com.

Tarotscope: A Time of Unlearning (June 6-17)