Genevieve Carter (not her real name) is, in many ways, a typical nine-year-old third-grader. She loves gymnastics and math, and is the embodiment of childhood enthusiasm. Her thick brown hair falls below her shoulders, and her bright smile frequently lights up her face.

She is also transgender.

This was three years ago, while Genevieve was in kindergarten. That summer, Genevieve’s parents started letting her choose whether to dress as a boy or a girl. She always picked to be a girl, and has been known as one ever since.

“Children as young as 2 to 4 likely have a concept of their gender identity,” says Dr. Katie Imborek, medical director of the University of Iowa Health Care Offsite Primary Care and co-director of the UI Health Care LGBTQ Clinic. “It is not uncommon to see children this young displaying gender non-conforming behaviors. However, they may be somewhat older before they have dysphoria related to the way that they wish to express or practice their gender.”

After attending kindergarten as a boy, Genevieve started first grade as a girl. Louisa met with the school over the summer and later with the teachers to make sure they understood, and to answer any questions they might have.

“Public schools cannot discriminate against your child for being transgender,” says Max Mowitz, program coordinator at One Iowa. “In Iowa, they are protected under the Civil Rights Act.”

If your family lives in a very non-affirming town, Mowitz says, ask the child what he/she/they wants. Most would rather be out, even knowing the backlash they might face.

The first thing to do when your child has told you he/she/they might be transgender is to start going to therapy/counseling. Not because it is a mental health issue, but so the child can talk about it with a professional. Make sure the mental health professional is LGBTQ-affirming. Family therapy is a good first step to deciding how to support your transgender child.

Louisa explains that it is important for the parents to see a therapist as well. “Many parents feel a sense of loss. It is a valid feeling, but you need to make sure not to show it to your child, but to deal with it with a therapist instead.”

She also says parents may need to work on coming to terms with the fact that their child is looking and sounding different. “Make sure not to misgender them,” she says.

“Discuss it with your pediatrician or family medicine provider,” says Imborek. “You want a referral to a pediatric endocrinologist who can discuss options of puberty-blocking medications, usually around the age of 9 to 14.”

Genevieve has an appointment every year to discuss how things are going for her. Her family is on the lookout for signs of puberty so she can get the hormone-blocking shots.

Some adults worry a child might believe they are transgender, then change their mind after taking the puberty-blocking medications. Though this happens to a small number of children, the hormone shots do not create permanent changes.

In the early stages of your child expressing their gender identity, parents may struggle with allowing them to express themselves. If your son starts painting his nails, you may worry they may be bullied, and want them to stop. “It is difficult to risk your child getting bullied,” Mowitz says. “But it is more difficult for your child not to do it.”

“I got teased in kindergarten for having girly stuff,” Genevieve recalls. “I had a My Little Pony lunchbox and backpack. But I told a teacher, and the girl was told to stop.”

“Your child will experience bullying from internalized homophobia and transphobia,” Mowitz explained. “The best thing you can do for them is to be supportive and affirming of who they are.”

As a parent, you may be LGBTQ-affirming in a general sense, yet still struggle with a transgender child. “You need to understand your own stance and then be their ally,” Mowitz says. “Speak up if you hear transphobic comments, and hold family and friends accountable.”

Genevieve’s only worries right now, as a nine-year-old transgender girl, are that she can’t “make a baby,” and that when she gets to dating age, people might “freak.”

But Genevieve also says she knows she has a good support system that will help her through it.

“I feel better than I did [when I was a boy]. Some days I actually feel perfect; I don’t feel like anything is missing.” 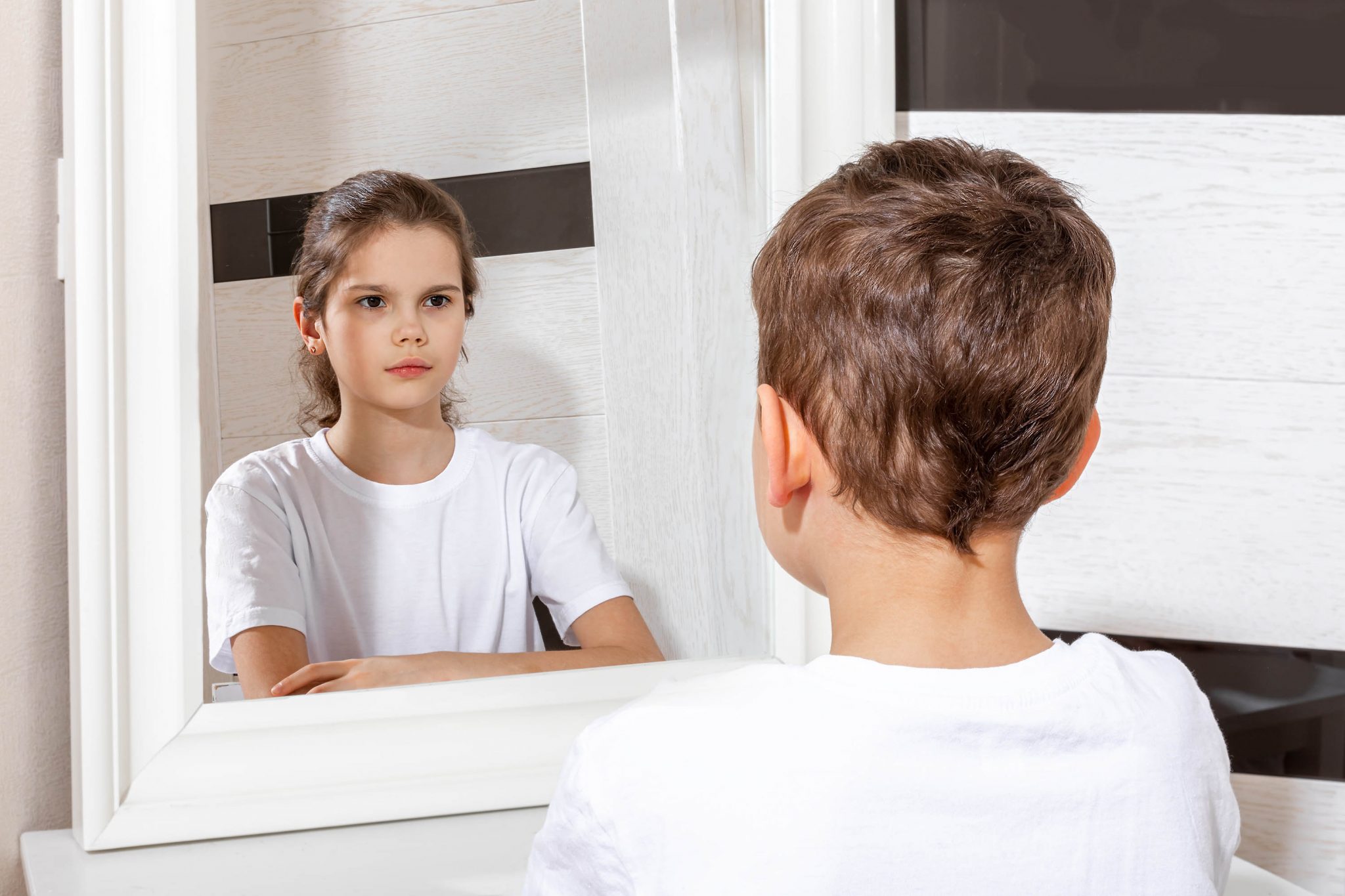