Letter to the Editor:

When the Iowa Raptor Project exposes their raptors to the chaos of football games and other University of Iowa athletic events, they are prioritizing marketing and fundraising over the well being of their raptors. For them to say that this is about education is absurd.

Real education would take place in a quiet environment, with small groups of people.

The MacBride Raptor Project rehabilitated raptors and also provided education. This changed when they became the Iowa Raptor Project in  2016. Raptors are no longer rehabilitated. The IRP even obtained a captive bred barn owl for “education.” This unfortunate owl was forced into a life of captivity instead of being released to the wild. This is exploitation, not education.

A new focus is falconry. Falconry involves capturing, training, and housing birds of prey for use in hunting. More exploitation.

The changes made in 2016 do not show respect for the raptors. I think most of the public are unaware of these changes and are being misled. The R.A.R.E.  (raptor advocacy rehabilitation and education)  group, at  theraregroup.org, is a much better choice for volunteering and financial support if you care about and respect raptors. Consider contacting the  University of Iowa and the IRP  at [email protected] to  ask them to stop exploiting raptors by forcing them to be involved in athletic events. Thank you. 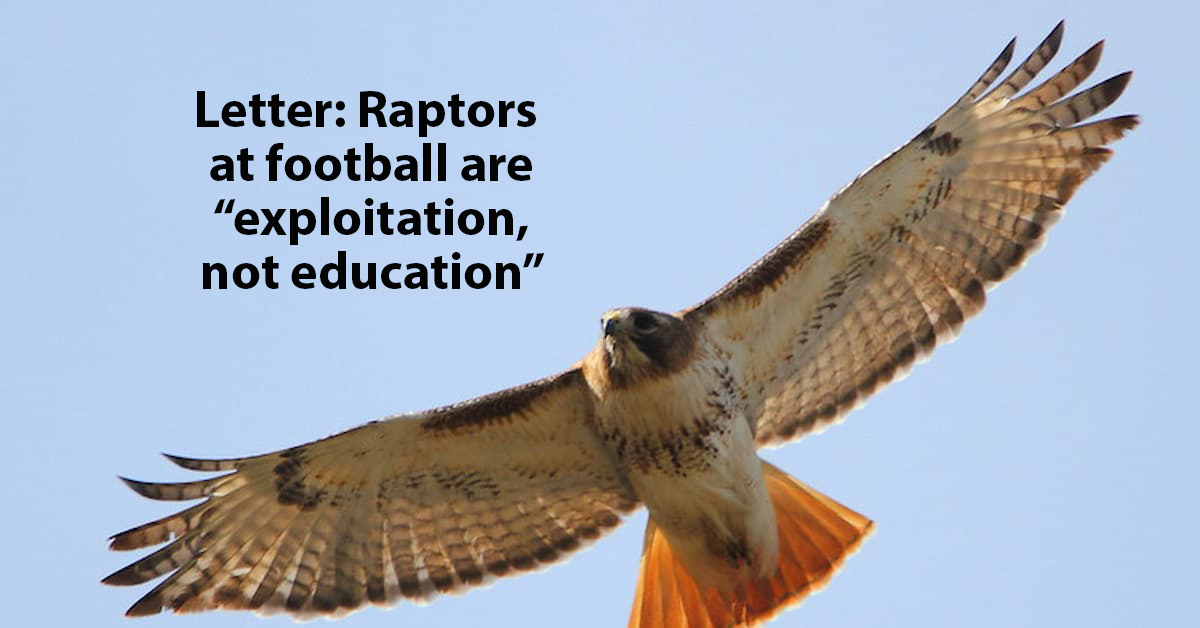