It’s about the baseline.

When it comes to Hollywood, celebrities and social media, it’s easy to forget that what happens in those artificial worlds affects our mundane, private, real lives.

And thanks to Will Smith’s slap of Chris Rock, I’d bet good money that thousands more face slaps, punches, hits and kicks are taking place in private these last few days.

When the Will Smith slap debate began, I was in the midst of trying to figure out how to handle a neighbor who insisted it’s their right to kick his dog when he misbehaves.

Needless to say, my efforts are far more complicated now. Because for days, the world’s been debating whether one adult is entitled to march up and slap another adult cold. Over words that some are calling cruel, others call controversial and still others describe as an apt movie reference during a movie awards show.

With the world shockingly divided over whether words between humans warrant unannounced violence, it’s harder yet to communicate about things like kicking animals. Thanks to Will Smith and the outcry of support for his slap, it’s a lot harder to make a point against violence under many circumstances — including well-timed, carefully-placed kick in response to bad behavior by an animal.

This got me to thinking: what about families out there, especially the ones where a slight teenage boy is about to enter “manhood,” and his burly father doesn’t like some sassy comment he made one night? BAM!

Or the drunk young buddies at the bar, who are joshing around until one says something that verbally “punches down” – perhaps mocking someone’s poverty, or their old clothes? POW!

What about the mom with the 19-year-old daughter about to leave for college who is full of piss and vinegar at wanting to be more independent – for instance, the daughter that says that horrible phrase, “Duh, mom!” WACK!

And yes, the animals. The many dogs, horses, elephants, big cats and other creatures who (being animals) might occasionally choose a different path than the human wants or needs from them right then, something that embarrasses that human.

I hope my point has sunk in by now.

As Asha Rangappa, the former FBI agent and self-described “tiger(ish) mom” who helps us sort through the Trump years, tweeted that night: “Are we getting an independent psychological case study on how Trump got normalized?”

Some people have grown frustrated and even angry that The Real Mainstream has taken up the “no violence” mantle, rather than the “words are violence, too” mantle. Personally, I’ve lost at least three Facebook friends over the debate.

But It’s about the baseline: the clear boundary of the field, the court, the track, the diamond that all of us, regardless of our team, “tribe,” gender, sex, race, age, condition or ethnicity can see and respect.

In sports, the baseline is the foundation of fairness and decency that makes the “game” mutually enjoyable in the heat of competition. It’s why even beach volleyballers take the time to toss a flip-flop at each corner of the court in the sand – to give a clear buffer against endless debates of whether that ball was in or out.

So it is in life. When controversy ensues, and complicated issues intersect all over each other like a massive ball of yarn, it’s important to find the baseline. What’s the one point of reference that we all see? That we all agreed on ahead of time, so that we didn’t get bogged down in conflict over everything else? What’s the one factor, in a pile of pain, that will heal the most, and connect with everyone’s mutual humanity.

The victim apologized for disrupting while the aggressor partied

Sadly, it’s not been that simple. While a Los Angeles Time survey shows the majority of Americans believe the slap was wrong, another survey shows the majority believe Will Smith had a right to assault Rock. That may change as details emerge of how Smith and Rock reacted – ironically, with the victim apologizing for being a disruption, while the aggressor refuses to back down, enjoys a period of glorification, parties with friends, before shifting public opinion and high-profile critiques lead to an apology still featuring a hint of “but I was entitled to do it.”

Well, thank you Will and everyone who supports his actions Sunday. I’ll try to somehow deal with the impact of your perspective in the situation I’m dealing with in my everyday life now, while the dog absorbs those kicks and hits.

I’m sure the testosterone-filled teenage boys who now feel emboldened by public opinion to punch each other, instead of feeling a giant public pressure to “use their words,” will grow up to be the kind of men I feel safe around.

I’ll try not to think of the women out there – especially the stronger, more muscle-bound “G.I. Jane”-like ones that some men think might be better able to take a punch – who now have to watch their words so much more carefully. Because now, it’s ok to hit them if they say something wrong.

Gays, lesbians and bisexuals, who already experience domestic violence at a rate two to five times more than straight people? It’s going to get tougher. Black women and men — 40 to 45 percent of whom report experiencing “contact violence” with their intimate partners? Count on that percentage growing even more terrifyingly high.

And when it comes to transgender people and LGBTQ+ teens – especially those who found a role model in Jaden Smith, Will Smith’s son – I can hardly even bear to imagine the additional violence they will face now when they choose to respond to bullying about their sexual or gender identity with clever words, like we’ve preached for years and years.

It’s a new world, people: snapping back with your words is now justification to slap you in your face. One of our most respected celebrities, his family and his supporters told us so.

Private victims of violence don’t have time for debate

Some folks are saying, “white people, sit down!’ implying that what we witnessed is only an issue for Black people. Others are saying, “but, she’s sick!” Still others are saying that a Black man hitting another Black man for teasing his sick wife is somehow racism and misogyny and we are distracting from the real issue when we make this about violence, plain and simple.

But private victims of violence aren’t just Black. Or sick. And for their sake, this needs to be more about the plain and simple, the baseline: Avoid violence at all costs, especially in response to words. And when it happens, as women are conditioned to know, it’s not the time to focus first on “did they deserve it” or “were they asking for it.” It’s not the time to get into the finer points of whether such-and-such exhibited the right amount of sensitivity when they said such and-such in front of such-and-such about such-and-such ‘s such -and-such, because such-and-such.

In the real world, outside of celebrities and subcultures and lofty patronizing debates, victims of violence don’t have time for the such-and-such. They just need the violence to stop.

As Jada Pinkett Smith herself said, in the only public comment she’s made so far about her husband’s public violence, “This is a season for healing. And I’m here for it.” And the first step to healing is, stop the violence. 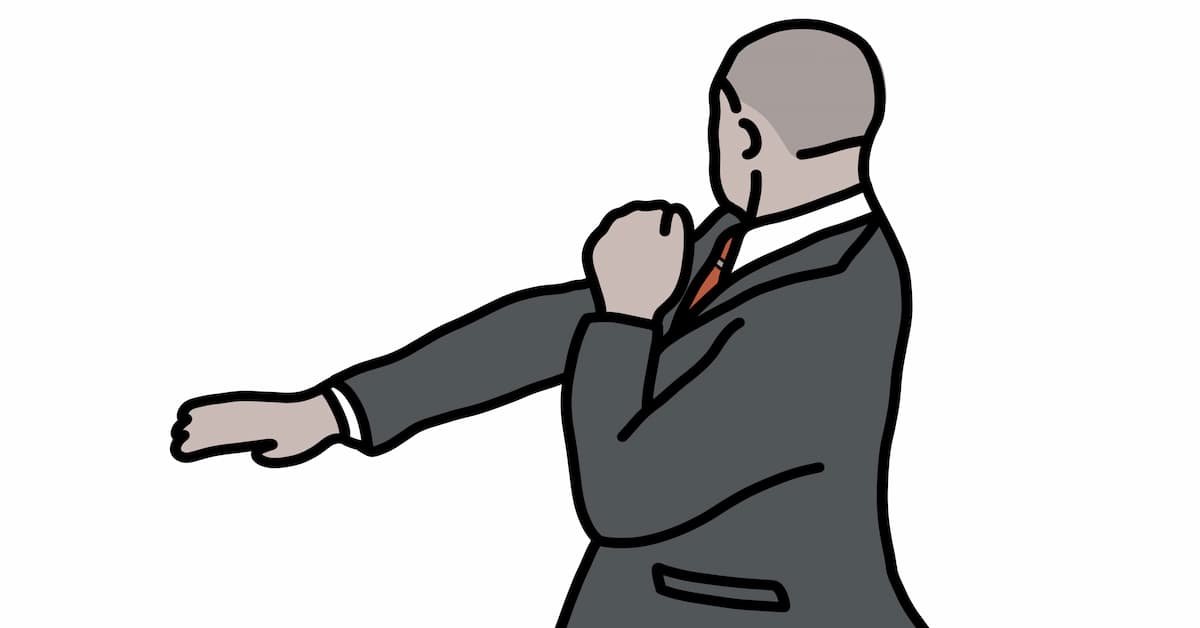