This is a really painful column to write.

Painful, and difficult, as well as potentially embarrassing and highly vulnerable to misinterpretation. It’s also one of those things that will likely make things better, but not before it makes things worse. In addition to all of these things, this column is absolutely necessary.

It’s about a big, messy break-up, rife with hurtful assumptions and unproven accusations. Like many hard break-ups, there won’t be any closure.

And on at least one side, there will be endless efforts to fend off thoughts of “How could they” and “Why didn’t I do something sooner” …. But the good news is, there’s a happy ending, several of them.

For the last two years, Iowa City Pride has been like a second full-time job for me. I threw myself into it back in October 2017 and didn’t stop, investing more time, resources and emotional commitment as the months (and years) wore on. I was building the kind of commitment one needs to donate unlimited time and energy.

My contribution was all about communication: Facebook messaging and continuity, press releases, media interviews, posters and fliers, letters of invitation, form designs, e-blasts, website updates, and event planning. Bringing in new board members, volunteers and partnerships was also one of my goals. So partnerships soon sprouted with the Old Capitol City Roller Derby, The Deadwood, The Englert, and the Public Library — all of whom had long been supporters, with little formal recognition, of Iowa City’s LGBTQ community.

New board members joined who brought their own new areas of expertise to further improve the whole: Cheryl Weatherford with her downtown and metaphysical arts connections, Paul and Chad Clark whose experience as fathers and volunteers led to the first-ever Family Fun Space, and Rob Anderson with his communications and design skills, and nurturing “Papa Bear” kink contingent.

The results of everyone’s efforts showed in 2018 and 2019: the annual Pride event took off, growing noticeably in 2018, and then attracting an estimated 12,000 this year. It was the greatest crowd ever, and we all celebrated. Happy Ending #1!

Except, the happenings behind the scenes were anything but celebratory. Within three weeks of this year’s festival, I was the target of a removal campaign…. Accused of “malfeasance” and “poor conduct,” I was asked to resign immediately.

To this day, I’ve never received the so-called “evidence” that triggered these accusations: rather, I’ve only been told — through a few emails from a lawyer recruited by a select few board members with whom I have a history of disagreement — of a few generalities. They amount to accusations that I somehow leveraged my Pride work to benefit TRM and lapsed on some paperwork, and that some unnamed sponsor was threatening to “sue” for “not getting what they paid for.”

The notion that I put TRM before Pride may sound laughable to those of you readers who have not received your subscriptions, or businesses whose ad campaigns in this paper are now at least a month behind because our publication schedule is behind. I know on my end, I’ve felt guilt for not giving enough to TRM at a pivotal time, and falling into that age-old pitfall of volunteers: “giving away what you do not have,” which is too much time and energy.

As demands mounted this past Pride season along with many other people’s interest, I took on more, naively thinking I was filling in for other board members with medical issues and frequent hospitalizations, or who had relatives with medical issues or frequent hospitalizations, or who were pursuing advanced time-consuming degrees, or who were traveling the world on vacations and personal landmark celebrations.

Despite the time pressures, the “new crew” and I held regular work sessions, a first for Iowa City Pride. The Clarks, Papa Bear, Cheryl and a fabulous new host/drag performer/spokesperson for the LGBTQ community, Kenwon Halliburton, all came diligently to most of these meetings and made time for almost a dozen media interviews.

In hindsight, I now realize, I was not filling in, but rather setting myself up as a target. In essence, my community service was weaponized against me. Shortcomings I thought we were facing as an organization became assigned to me personally.

Harder yet than the personal attacks are the attacks some Pride board members levelled at this paper. Somehow, my labor of love (first attempted 20 years ago) was now cast as a leech on this community, and in particular on my very own community service.

This dream was first attempted in the late 1990s, and ended only because my partner at the time was diagnosed with breast cancer. More than just a paper, it’s a life calling to me. But those behind these accusations must not have read previous issues where I shared that this paper is born out of my own upbringing in northern Iowa, during which I felt paralyzed in fear “out on the farm” because of the weekly fundamentalist preaching our parents had chosen for us, the kind that leaves an aware young lesbian feeling cursed beyond salvation. Had they read those intensely personal sharings, which also are held by so many other Iowans, I believe they’d have thought more carefully about casting such aspersions on The Real MainStream, which also donated scores of hours to Pride as a top sponsor, in addition to the volunteer work several of us were already giving personally.

All of this passion now felt dirtied by this surprise process that was boiling two years of profound impact down to nasty accusations I wasn’t even allowed to fully receive.

But then, came Happy Ending #2: This process eventually led one board member to resign in protest at its inherent unfairness. Then, another. And finally, I resigned myself, eight hours before I was to face a removal meeting during which I had no more than five minutes to defend myself against accusations that would only actually be presented to me that very morning.

Throughout this process, other board members were warned not to speak to me — tolerable, since I’d begun experiencing a systematic “unfriending” on social media from several of those aligned against me more than a year ago.

Any efforts I undertook to defend myself were also weaponized against me: seeking and submitting letters in support from other community members, questions I posed about oddly-worded demands of me, my wariness in answering questions … all used against me, somehow part of my “scheme,” I guess.

I literally had no path of redemption or even defense and felt truly cornered — worse yet, by some of my own “people,” AND on the 50th anniversary of Stonewall.

The railroading by this Pride contingent was harsher and more devious than anything I’ve experienced at the hands of any homophobe, religious fanatic, cheating partner, or fake friend. Yet, I need to write about it in this paper: if it had happened to anyone else, if another had served as Pride’s community contact for two years and departed mysteriously and abruptly, I would be seeking to interview them and write about it. “Covering” this is part of my obligation to this community, as someone calling herself a community journalist.

I’m choosing a personal opinion piece over asking someone else to write a news story, openly embracing the vulnerability and the opportunities that come with taking such a personal tone.

Here’s one big opportunity: to openly block erasure. To proclaim some of the traditions started by myself and my fellow departed Board colleagues, that I hope the existing Board will continue:

Here, too, are the tough issues we brought up repeatedly to the Pride board, that I contend are behind the move to oust me, and that we hope will be more fully and sensitively addressed. We’ll definitely discuss them in these pages:

None of this is personal. All of these are valid, worthy points of discussion, even debate and disagreement, in our community. Sadly, I do feel the long-term response to these concerns and any other Pride issues has been painfully personal.

But despite all of this, despite the notion that two years of profound impact is boiled down this past month to nasty accusations and a “run out of town” approach that feels like a mock combination of “lock her up” and “send her back,” I still encourage anyone and everyone to volunteer for Iowa City Pride or other community organizations.

I’ve said it before: look around at any Pride movement or organization and you’ll find eras of conflict, differences, growth pains, ebbs and flows of power driven by personal cliques. You’ll see painful efforts to sort things out and determine the values that we want to follow. You’ll find great steps forward, and devastating mistakes. You’ll find victims, villains, and some people that are both.

Sometimes, you’ll get chewed up by that process. It’s still worth it. And that is Happy Ending #3. Community service is worth it even when it’s not puppies and kittens, rainbows and silver linings, smiles and grins, and making and keeping friends. Sometimes, it’s about being brave, vulnerable, under friendly fire, or something else. Still worth it.

To sign up for Iowa City Pride, email info@iowacitypride.org. Let me know how it goes by emailing TRM at reachus@therealmainstream.com. We’re no longer a part of the Pride board, but we’re still a key part of this community, and want to stay right on top of all the great things coming up for the future of Iowa City Pride and our ever-growing LGBTQ community. 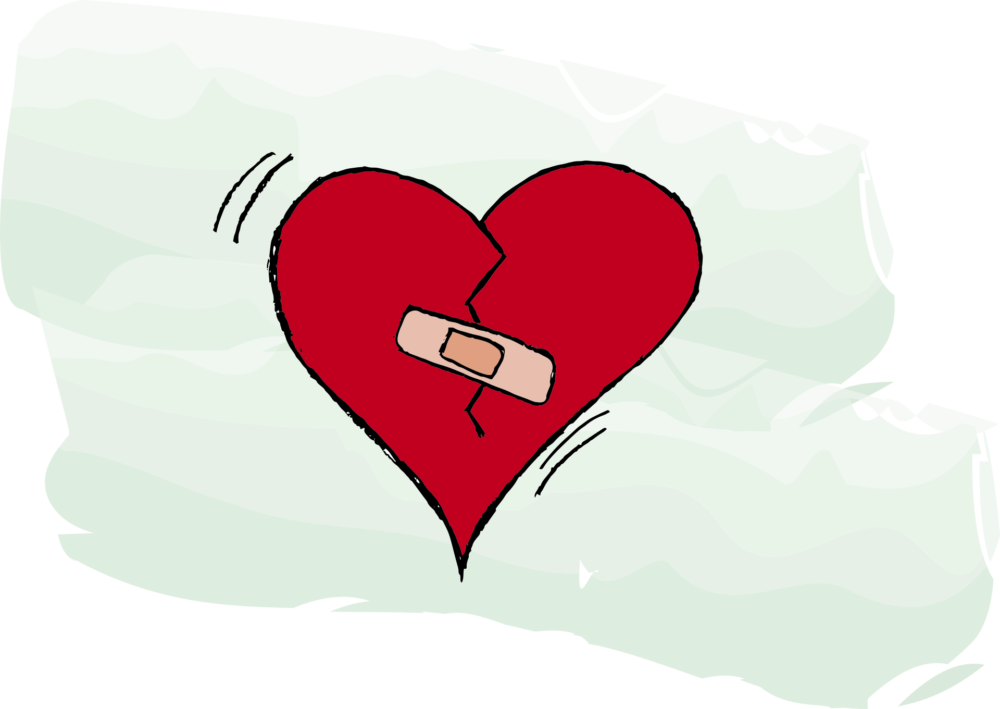