I have a problem that I’ve been dealing with … forever, really. I’m a REALLY feminine girl. And I’m also REALLY gay. It makes dating hard because only guys flirt with me, and if I try to flirt with other girls they think I’m joking around, actually straight and just experimenting, or they don’t believe me that I’m a lesbian. I don’t know how to get it out there. Every time I go to an LGBTQ+ event, I cover myself in rainbows and smile at butch lesbians. And even then, sometimes it doesn’t work, because they think I’m an ally and not into them “like that.” This is also really hard on my self-esteem, because I never get approached, and I always think maybe I’m too ugly or too fat. What do I do, Varla? Am I just not attractive enough to girls?

Thanks for this question, Haley!

I, too, am very feminine. People say my blush makes me look straight. Have you thought about adding flannel to your evening wear? How about a shirt that says “I AM A LESBIAN” in bold black letters?

For so many in our community, hitting on someone feels so dangerous, even in queer spaces (since our bars are often stuffed to the brim with “whooo girl” bachelorette parties). Which is, I think, why people use signals like the lesbian side mullet, flannel, and Indigo Girls tee-shirts so people will see this and come to them (pun intended, he he he).

If you were raised in this world, you were likely socialized (no matter how awesome your parents were) that fem-presenting people are to “act like a lady,” “play coy,” and “bat your eyelashes until a husband comes along.” We aren’t taught to be assertive, especially as Midwesterners (ope, ‘scuse me), so it sometimes feels impossible to make the first move.

We have to work hard to tear down that patriarchal mentality. If you are a fem lez, don’t sit around waiting for that saucy butch babe to come onto you! Buy her a vegan non-GMO carrot and wheatgrass smoothie at the Farmer’s Market. Tell her that Ani DeFranco shirt looks great on her. Our community is huge on consent, so ask, “is it ok if I hit on you?” If they say yes, be ready with one of my award-winning pickup lines. For example, “When I see you, I can’t think straight.”

This is an issue for many folks — which is why Facebook groups like Lesbians of Iowa do the singles Saturday threads and host queer summer camps. There are LGBTQIA* specific dating apps like Blendr, Her, and Bumble. Regional gatherings like the Autostraddle events. Or international events like the Olivia Cruises. Perhaps you could start a local event in your area like lesbian speed dating. If it doesn’t exist, start it!

Let’s talk about that “Am I too ugly or too fat to find love?” comment. Beauty is a B.S. societal construct. Like “being ladylike” or “being on time for work.” It’s intended to make people feel like crap so the power and privilege status quo can be maintained.

There is no right way to be. Smash the patriarchy! I am waving my magic wand and giving you all the confidence of a mediocre straight cis white dude! Now get out there and find the love of your life!

“I am not an expert. Just a kinky ol’ polyamorous, pansexual, lesbian entrepreneur who’s been around the block and is more experienced in the art of makin’ whoopi and wooing potential lovers than most other people I know. No question is too weird or kinky for this ol’ gal!” Email your questions to my business email at VarlasTampons@gmail.com NO LATER THAN SEPT. 23. (Varla hosts the I.C. Kings every month and is also a health care provider, athlete, wife, and community organizer in real life. She prefers to remain anonymous.) 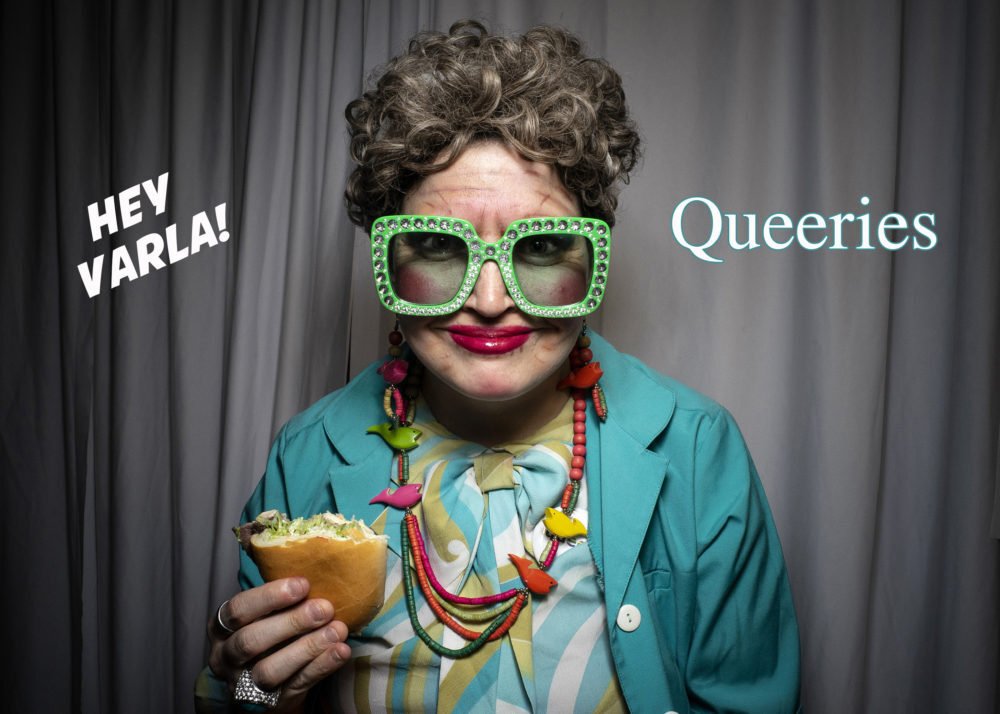