Wingspan is one of my favorite board games, for almost more reasons than I can mention.

This is a game that puts you in the role of a bird enthusiast who is trying to obtain the bird food you need to attract birds to their appropriate habitats.

Wingspan helped raise money to fight the Australian wildfires. That’s actually how I learned it was available, after seeing it only on back order for months. For everyone who signed up to receive notice of Wingspan’s “early release” second expansion, called Oceania, Stonemaier Games donated $1 to help.

Another refreshing thing about this game is the team that created it. They’re all women, including designer Elizabeth Hargrave, and artists Ana Maria Martinez Jaramillo, Natalia Rojas, and Beth Sobel.

Wingspan is also delightfully educational. You can actually learn about birds if you want; in fact it’s almost impossible not to.

This is a card-driven, engine-building, beautifully-illustrated game. It’s a little harder to play than some games, but easier than others. It starts off slow, which makes it easy to learn.

In a game of Wingspan, you start out with a habitat board, action cubes, a secret objective, a small amount of food, and a handful of cards. The game features 170 cards overall, all about a different bird and featuring its name, picture, habitat, food, nest, wingspan, a scaled amount of eggs it can lay, and a special ability that usually has something to do with the bird’s behavior.

On your turn, you use an action cube to take one of four actions: play a bird, get food, lay eggs, or draw bird cards.

You can’t do the first action (play a bird) without obtaining something from the other three actions. You need food, an egg or two, and an available spot in your habitat, whether that be forest, grassland, or water.

Once you’ve played a bird, it builds itself up while taking actions of its habitat. For example, when I take the “food” action, I receive food and may activate an ability, such as drawing another card, playing another bird, or maybe even eating a smaller bird.

This build-up is the game’s most important aspect. It’s also why I call this an engine-building game. These ability cards can often bounce off of each other to cause even better turns.

The game is over after four rounds; the player with the most points wins. You earn points from many things including your birds, the birds you’ve eaten, left-over eggs, and your secret objective cards.

In case you can’t tell by now, I love this game. It fits every situation so far: player counts from one to four (I haven’t tried five yet), and playing with my gamer friends, my mother, and my 8- and 10-year-olds.

If you’re searching for a game to play with your roommate(s), significant other, children, or anyone you’re quarantined with, Wingspan might be just what you’re looking for. 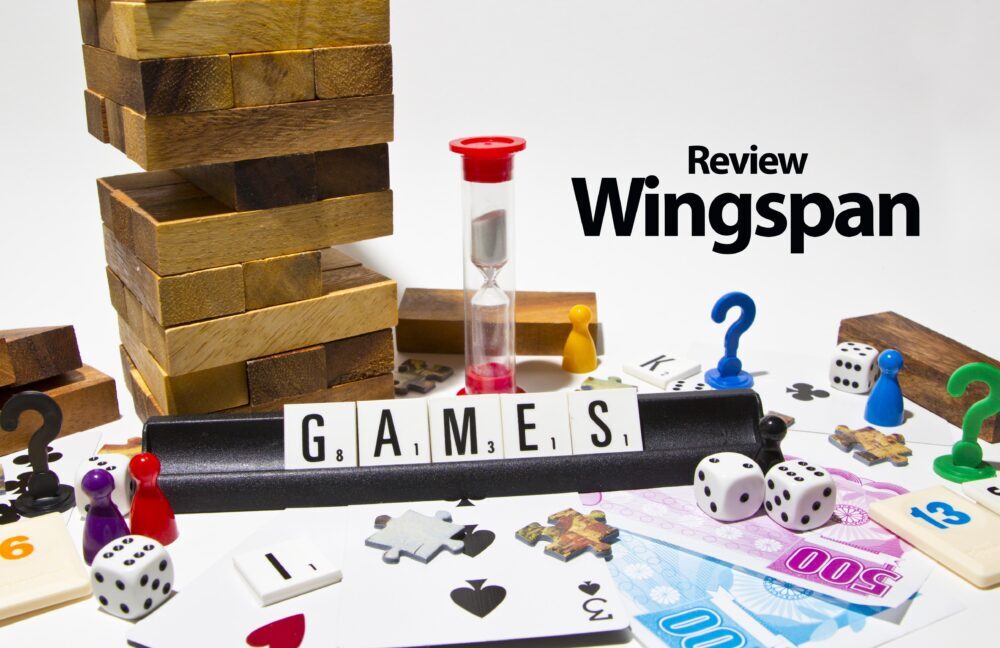