Horseshoes & Hand Grenades, one of the best-known bands at this year’s Camp Euforia, consists of five “bluegrass mavericks,” friends who began creating music in 2013. This Stevens Point, Wis., band has since blown up, selling out shows and playing alongside large names in folk and bluegrass.

“We just get together and meet a lot of beautiful, cool people,” says Adam Gruel, on guitar, dobro, and vocals. “Being a part of communities like Camp E will be in our heart and soul for the rest of our lives.”

I had a chance to connect with Adam during the band’s tour, as they traveled to Alaska. “Iowa City has been a great place for us to play music,” Gruel said. “It reminds me of places around the country like Alaska and Wyoming where there isn’t a ton of music festivals or events of that nature.

Adam drove over 10 hours to reach “Jerry’s farm” and Camp Euforia this past summer in Lone Tree, Iowa. He said he was “road-spun” and immediately noticed people taking care of each other. New and old friends offered beer and food as soon as the band arrived.

“We live this way at festivals, and form a community over the weekend. Remember to take that vibration,” Greuel says. “Take that (vibe) back to communities, workplaces and neighborhoods. Festivals are a great reminder of that everyday community.”

Horseshoes & Hand Grenades let their “freak-flags fly” at the festival during a sticky evening. They played their best riffs and let play happen between the bandmates, crowding together around one microphone then scattering with percussive energy throughout the stage. Greuel said he enjoyed the “keeping it weird” mentality at Camp Euforia and wishes there was more of it.

“Really good energy from the crowd,” Greuel said. “Some places are more conducive than others to feeling yourself. When you feel that way as a band or as a person, you are going to hit musical spots.” 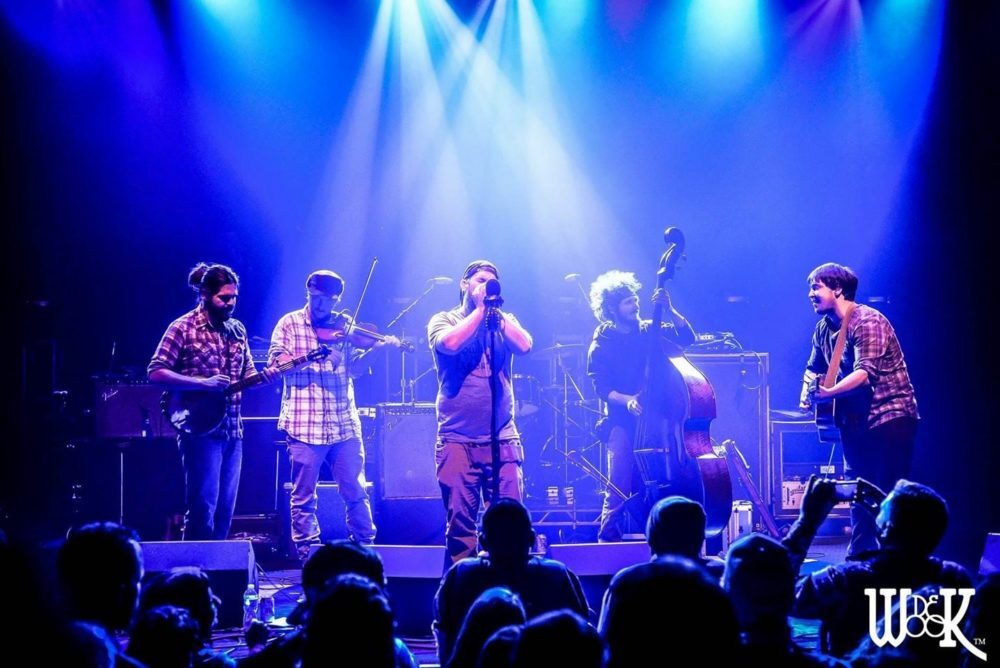