Decriminalizing cannabis; ending policies that protect individual police officers from individual liability for their actions; and better police training were also among the poll participants’ top choices. Recruiting more People of Color to serve as police officers came in fifth, while suggestions to lessen the role of policing in entertainment and improve pay for officers received lesser support among those who responded.

These are the results of our tiny, non-scientific new “Break the Binary” pilot project: every month or two, we’ll float a new multi-dimensional question about current events.

The goal is to offer polls that “don’t polarize or triangulate.”

Another way to put it: we’re helping to create public discourse that is different from the confrontational, two-sided dynamic characterizing American politics and discussion today. These new “Break the Binary” polls are one way we can help bust up that conflict-driven way we function in American society, to an approach based on inspiring deeper thought. All of our poll choices support our mission of empowering marginalized communities including LGBTQ people, women, and Black people, Indigenous people, and other People of Color. But within that broad mission, we offer rich and expansive options to express your thoughts and views.

Helping to counter polarization is an urgent need today, with increasing studies demonstrating why, reports Bill Sullivan, Jr., in the Guardian. He warns us about the dangers of concepts like “groupthink,” confirmation bias, and more. These dangers aren’t just threats posed from the far right to the far left; they are dangers lurking within our own communities, where tension among varying views is growing (look no further than increased tension between lesbians and transgender people over sports participation).

“Social media, partisan news outlets, and echo chambers make it easy to build a case that supports your beliefs. The challenge is to make a genuine attempt to understand the opposition,” Sullivan writes. “Investigating the nuances of complex problems and evaluating the evidence objectively requires intense effort, open-mindedness, and humility. These are difficult but necessary steps in the march toward truth. We need to be vigilant of our biases and ask questions to guide our beliefs rather than have our beliefs guide our questions.”

We’re trying to do our part, with these new polls. We also give respondents a chance to provide voluntary demographic information. This time, for example, respondents were:

You can see a chart of all seven “lessen police brutality” suggestions and their composite scores in the chart above.

OK, we’ve covered the dangers of polarization — but sometimes people ask, “what’s up with the triangulation thing? I get that polarization is bad,” they say. “Two sides, and only two sides, are bad, yeah. But I don’t see the problem with three. Aren’t three choices better than two to be inclusive and and counter conflict??”

You’d think — but, not always.

Having three options can often be a recipe for a power play — one that the dominant parties may not even be aware of, or be willing to acknowledge. Sometimes, not even acknowledging that reality can become part of the play itself, and a complicating factor in the tangled web of confusing three-way relationships that defy almost all modern-day conventions.

For illustration, consider any effort by any third political party to have any real shot at being a contender in American presidential politics, ever, as documented by the History channel in its in-depth look at third parties over the years. The documentary reminds us:

It certainly can! And many polyamorous people, for whom their multiple bonds may be emotional as much as physical, will also attest to the joy they find in three-way or more-way relationships.

Still, without some highly-developed skills to address the conventions of monogamy; our natural or conditioned urge to become jealous (own); the epidemic of people-pleasing tendencies that may cause us to throw out our own beliefs for the sake of the group; or our own failure to recognize our own subconscious deeply-ingrained motives… the challenges of three-ways, polyamory and triangular choices can easily go wrong.

Not always, but often enough for it to matter. So just in case, we’re taking an extra step. We’re guarding against both polarization and triangulation by always including at least four options in all of our polls.

Our first poll question, results of which you’re reading about here, was and is especially timely. Originally released in June, our poll question about police brutality grew out of ongoing instances of police brutality nationwide that emerged as former Minneapolice Police Officer Derek Chauvin was on trial for the May 2020 murder of George Floyd. Chauvin has since been convicted; three other officers who participated in Floyd’s arrest, restraint and death will go on trial in March 2022.

July’s poll, our second pilot question, asked you to share suggestions for how marginalized communities can improve themselves. Not surprisingly, we received very few responses; self-examination is never an easy thing to do, and questions about it rarely draw much response.

Our new poll asks you to choose strategies to respond to Donald Trump’s ongoing influence on American politics.

This new question starts today. It also becomes more timely every day, as Trump increasingly peddles his distorted revision of the Jan. 6 insurrection and his campaign tactics during and post-election that relied heavily on undermining the American electoral system through his “us versus them” approach.

Through these “Break the Binary” polls, we’ll approach different timely topics. Little by little, in these two states we are working so hard to serve, your responses will help offset the confrontational dynamic taking over public discourse in America. Little by little, our multi-dimensional interactions about public affairs will help soften the sharp edges of two-sided debate that are ripping apart our country.

The button below links you right to the new poll question. Please take a moment to help improve public discourse by chiming in!

(cover photo is from Flickr and shows a 2014 demonstration calling for the conviction of Officer Darren Wilson, whose shooting of Michael Brown in Ferguson, Mo., is part of what inspired what is now known as the Black Lives Matter movement.) 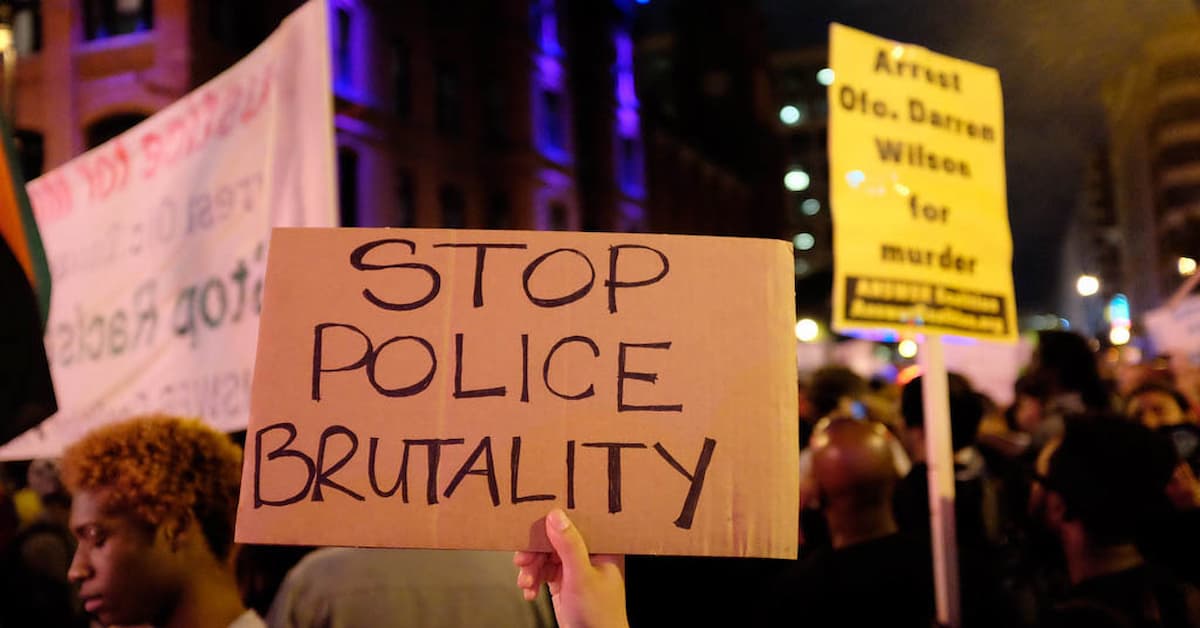