IOWA CITY, IA — When I first moved back to Iowa in late December 2016, I left behind Florida’s 88-degree weather and endlessly green lawns to plunge into Iowa’s deep winter chill and tip-toe on its ice-covered sidewalks.

A stream of “why in the world would you do that” had started a few months before from those who learned of my planned move, and splashed me anew here in Iowa every time I shared my recent move.

Just the other day, I heard the comment again from an out-of-state visitor. In a town like Iowa City, where the majority of people are either just arrived and know they’ll be leaving soon, or are eager to leave as soon as they finish school, the “why would you choose to be here if you didn’t have to be” mentality comes up often and can feel pervasive.

It’s about more than weather, of course. People from progressive havens like Provincetown, Mass., Austin, Tex., Denver, Colo., or Portland, Ore., tend to think all of Iowa is rural, isolated, and old-fashioned. Few outside of Iowa are aware of what a progressive beacon we have in Iowa City, with its decades-long record of pioneering in civil rights, gender rights, and more.

Truth be told, it does feel a little limiting sometimes. Largely when one realizes that this bastion of progressiveness we call Iowa City is tiny, and its pool of full-time, permanent progressive residents is also tiny. Take a step outside of the “bubble” here, or begin expanding beyond the small but visible circle of leading Iowa progressives, and you may find yourself fighting that nagging question: “why do I choose to be here in Iowa, if I don’t have to be?”

You may start to encounter odd stares, as Aerin Black says they do because of their blatant flouting of gender norms in voice and mannerism. You may feel as though dangerous outdated notions leave you unsafe, as Cheryl Weatherford describes. You may feel the hand of the law is unreasonably heavy in some ways and also rooted in old ways of thinking, as Chris Rice describes in his work with Decriminalize Davenport.

Or, you may be like the organizers of the VegFest of Eastern Iowa, and find yourself deeply saddened by the sheer depth of animal suffering happening all around us at all times in Iowa, where we are among the country’s leaders in harboring factory farms, puppy mills and food-from-slaughter.

I started this paper to provide a source of connection, comfort and inspiration to progressives in Iowa, and to nurture that spirit. The idea is, when you’re feeling like no one around you “gets” you, grab a copy current or past of The Real MainStream — or click to www.therealmainstream.com — and find a voice (or several) in the progressive sphere that resonate with yours.

It’s working; readers and advertisers and community group leaders tell us so all the time. That they feel better after having a chance to just “marinate” in progressive viewpoints and news by reading this paper or browsing the TRM website. That they feel less alone, more connected in a different way, and inspired to further develop, express or explore progressive approaches.

I have also enjoyed an unexpected perk to running this paper: a relighting of my own love for Iowa, and an awakening to how much I took for granted as a child and teenager growing up in northern Iowa.

Especially in our rural areas, which account for most of Iowa, we have a landscape that many states are watching disappear before their eyes. Our rolling hills, plush trees, natural growth and weathered buildings that are themselves monuments to hard-working pioneers …. They are comforting in a way that, for example, Florida’s pastel tones and flat, cookie-cutter, relatively new deed-restricted communities are not.

So much of Iowa is in evolution, symbolized by the town square in the 7,000-resident city of Washington. It’s as kempt, stately and “traditional” as it has ever been since the fountain was constructed in the 1930s — but enlivened at night much of the yearwith a shimmering multi-colored LED light display, like a micro-Disney.

Pockets of progressive inspiration are everywhere in Iowa, even in the smallest of towns, I’m finding. Everywhere among the cornfields and combines and gravel roads, are people like Aerin who are living their truths even while they’re feeling as though being themselves places them under an unwelcome and sometimes menacing spotlight. Some are doing it very visibly — like Andrea Gorsh in Mount Vernon, whose evolving non-traditional hairstyles and colors are part of an overall metaphysical identity. Others are doing it behind the scenes in a way that has everything to do with service, like Jennifer Stewart at Cedar Rapids’ The Create Exchange in Cedar Rapids.

Some, like Kristin Mathes of SOMM Wines in Fairfield and Cortnie Widen of White Rabbit in Iowa City, are expressing their progressive views by the way they support and showcase artists.

For the first six months of this paper, I dreaded the task of driving around this state delivering stacks as small as five papers and as large as 200, trying to delegate it to other team members whenever possible. I feared depression, rejection, and that old “why am I here” question looming even larger.

In recent months, I find myself feeling warm and smiley at the thought of distributing in Iowa’s more outlying areas. I look forward to the joy of taking in Iowa’s natural beauty and its homey architecture through the ages, the uplift of finding those hidden-away locales that will soon become destination spots for progressive residents who yearn to find others who “get it.”

As we enter the cold months ahead, it’s a great time to warm our inner hearth with the progressive glow throughout Iowa. The strong stands of many featured in this month’s edition can help give you a boost.

So once you’ve nourished your resolve, go out into Iowa — whether it’s your little part of it, or a part you haven’t yet discovered — and look for the little embers and sparks of open-mindedness and inclusiveness that are waiting, like you, to connect and grow a little stronger. And nurture them.

(Editor’s Update: The author moved to Rock Island, Ill., on the boundary between Iowa and Illinois, in March 2020. In addition, The Real MainStream is no longer printed but is available more extensively online and by email through this website, the weekly TRM Weekly e-newsletter, and the new Daily Progressive Update). 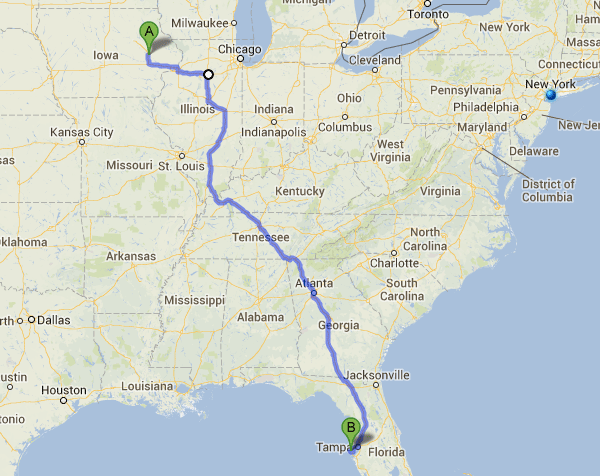