The Englert Theatre was doing what it’s always done, collaborating with other community entities, when it learned a key fact about Iowa City.

The “other community entity” was the university, which had conducted a demographics study. The pivotal fact was the high concentration of Sudanese residents in Iowa City: 5 percent of the population, actually.

So she sought more programming relevant to Sudanese people and other people of color. She sought out opportunities to incorporate Sudanese artists into programs.

It’s just one example of how Englert — and its new partner, FilmScene — are seeking to meet needs specific to the Iowa City community. They’re joining together with the new Strengthen/Grow/Evolve campaign.

Both organizations already have a strong history of serving minorities in Iowa City. FilmScene, for example, is in its second year of Pride at FilmScene, a monthly presentation of queer film. “It’s a chance for us to put a little structure on what we are already doing in terms of inclusiveness,” says Andrew Sherburne, FilmScene’s executive director.

FilmScene also helps “reset people’s understanding of film” Sherburne says, from a consumer product to a form of art.

Its partnership with the Englert is helping expedite FilmScene’s expansion to the new Chauncey Hall this fall. The Englert is focused on providing much-needed renovations to its historic building location.

Both groups are committed to collaborating with the greater arts community as a whole. They’re also committed to NOT taking for granted Iowa City’s strong support for othe arts.

“We are constantly making sure people know of the work we do in the world,” says Roche. “We can’t ever take it for granted that we are the center of anyone’s universe.”

Roche and Sherburne are both uniquely qualified to bolster the arts in Iowa City through collaboration. Roche was the first-ever executive director of Summer of the Arts and is also a mother and a band member.

“I always joke that all of the dabbling I’ve done only could have prepared me for the job I’m doing today,” Roche says. “And my job as an artist helps me understand the monetary expense, the time it takes. I understand that art needs to be valued, subsidized and supported.”

Sherburne saved the Little Village Magazine from collapse in the early 2000s. He is also a documentary filmmaker (“Saving Burton”). He also worked in the Twin Cities with the state arts board. “I got to see first-hand how different groups were trying to use the arts to understand their community better,” he said.

The campaign is 60 percent of the way toward its overall goal of raising $6.5 million. To contribute, go to www.strengthengrowevolve.org. 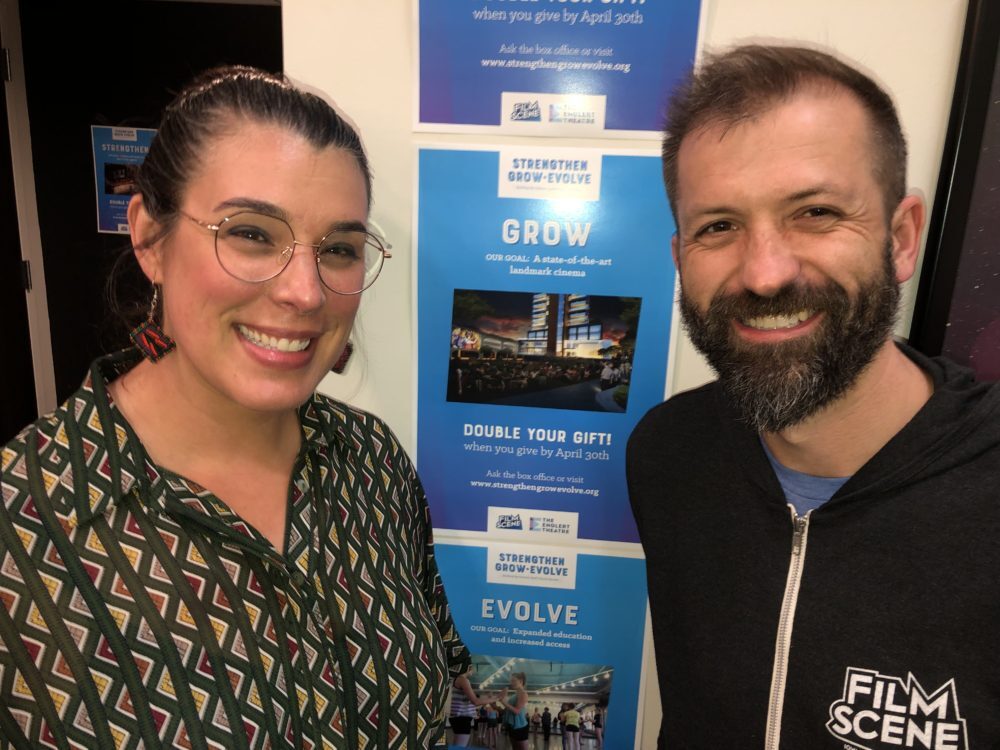