The January 6, 2021 insurrection at our nation’s Capitol showcases the increasing boldness and violence of right-wing extremists.

It also showed those extremists that they can engage in violent insurrection and some of the police officers present will do nothing more than take selfies with them.  The fact that Trump ultimately departed the White House doesn’t undo the emboldening of those insurrectionists or the millions of people who watched (and sympathized) from home.  The danger is surely higher now than it was a few months ago.

Sadly, many people in the civil rights movement erroneously conclude that a desire for a peaceful resolution to police brutality and racism somehow means they should be unarmed and defenseless when seeking that peaceful resolution. They falsely conflate gun ownership with wrongful violence, and fail to see that being armed for self-defense is morally right and desperately needed these days.

While I appreciate the place of caring for one’s fellow human that such pacifist beliefs come from, that is a naive and dangerous approach to life that should be abandoned. To the contrary, I argue that supporting gun control and choosing to be defenseless in the face of armed and violent racists is folly. I understand and share the respect for human life that underlies the Pacifist philosophy, but I cannot join in the naive and dangerous belief that a person should allow a violent criminal to kill them or another innocent person, as I first wrote in this 2008 column. To the contrary, I believe those who support civil rights need to arm themselves.

Let’s look at some history that happens to be Black History. Gun control in the United States began as a means of ensuring the newly-freed slaves would be unarmed. You can read more about this in-depth in another one of my earlier columns, and also in a new version of the NRA page I cite in my column. Gun control began in the South, with laws that outright banned Black people from owning firearms, and then spread to the North.

Later, that goal of banning Black people from gun ownership morphed into laws that were color-neutral on their face, but which allowed the police to use their discretion in granting or denying gun permits to ensure that Black people (and other “undesirables” such as Italian and Irish immigrants) were unarmed.

Today, we have a rise of white supremacists and violent racists in this country. They are emboldened by Trump’s hateful rhetoric and the actions that Trump has taken to prevent racists from being held accountable. I document these racist rhetoric and actions here, providing 11 specific incidents during his presidency, specific instances in 1973 and 1997, and two highly credible articles documenting Trump’s long-term history of racism.

Many of these violent racists are armed. Indeed, the one thing that those deplorable people get right is their understanding of the power of firearms. They know that a gun in the hand of a person (whether that person is good or bad) allows that person to effectively fight multiple unarmed people and very likely prevail.

To those who do not believe being armed is important for self-defense under today’s conditions, please let me lay out a concrete scenario that actually happened to me during this summer’s protests: You just finished attending a peaceful protest, when a group of racists follow you home, leaving you fearful of being attacked. At home are your wife, children or other loved ones. At that point in time, would you rather be unarmed, or armed?

For any sane person who is not engaging in mental gymnastics, being armed is the right answer in that scenario. Since you can’t make a gun magically appear in your hand when you need it, and since you can’t make the training to effectively use that gun magically appear in your head either, the time to get the gun — AND the training — is now. The time when you desperately need the gun to avoid being murdered is too late to buy that gun and learn how to use it.

Gun ownership is an important right, but with that right comes a great responsibility to oneself and society as a whole to exercise that right safely.  Each and every gun owner has the moral obligation to safely store their gun to prevent theft or misuse, and to learn how to skillfully use their gun so that it is an effective self defense tool and not a source of danger.  The good news is that a safe in which to store a gun is inexpensive, and the training is both inexpensive and fun.  The internet is awash with gun safety websites, while virtually every gun store will gladly provide training and gun safes.

Iowa residents can complete their Permit To Carry Weapons training online in less than an hour. There are a variety of websites that offer such training, often at a cost of $20 to $50.  For Illinois residents, the training requirement can only be met in-person and will take a couple of day-long sessions.

For the average person’s home-defense and self-defense needs, a 9mm pistol such as those made by Glock, Springfield, Smith & Wesson, or Sig Sauer is a good choice.  Given the maturity of guns as a technology, it is no wonder that almost every major manufacturer is able to produce a top-notch firearm that will provide decades of reliable service to its owner.  That means that the best gun for each person is often a matter of what feels comfortable in their hand.

So I encourage individuals who are in the market for their first gun to go to a gun store and rent a few different guns to try them out on the range. Most gun stores have many guns available to rent for this very purpose. Bullet-resistant armor is also a good thing to own; one great option is the BulletSafe bullet-proof vest.

Regardless of how any of us feels about guns, the genie can’t be put back in the bottle. There are more guns than people in the United States, and so it behooves us all to recognize that fact, be able to defend ourselves if needed, and face the reality that guns are a part of life.

(Cover photo features attendees at a Black Lives Matter rally in favor of gun rights that Eric Puryear organized in October and is courtesy of Puryear.) 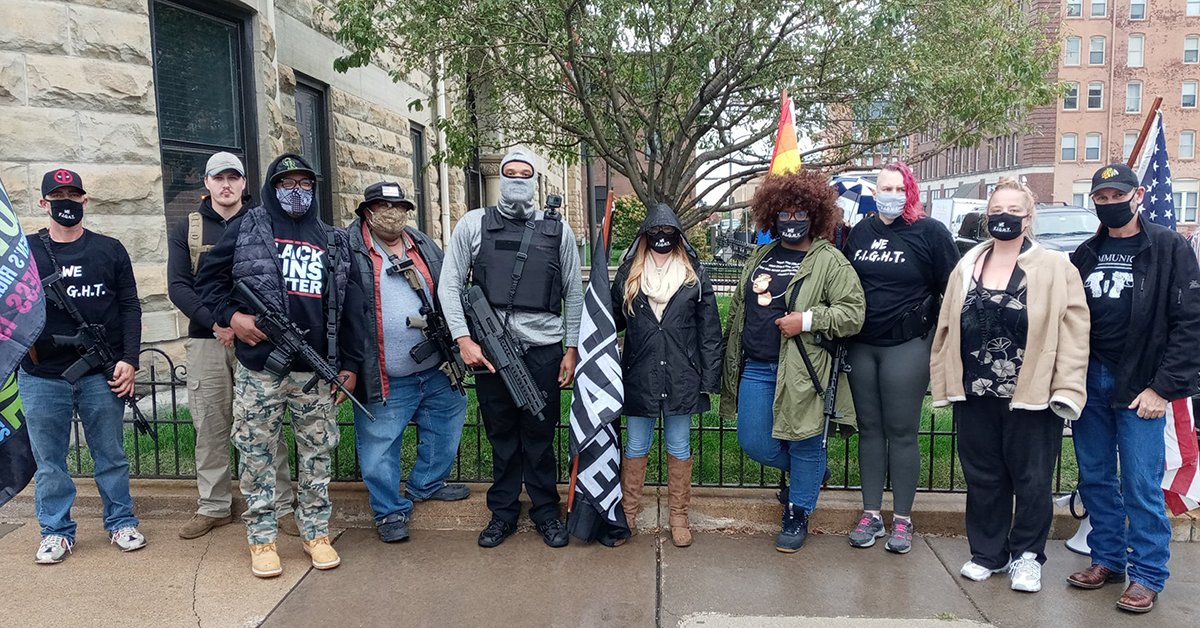