As a heteronormative, cisgender, white woman of European and English descent, who has lived a life of privilege, I feel inappropriate when I say, “I am tired.”

But I am. Many of us are. Physically, mentally, emotionally, and spiritually.

Being tired is good. It means we are doing the Work. It means we are pulling our heads out of the sand. If you’re white, it hopefully means you are swallowing the pride that comes with the color of your skin. You’re starting the long and arduous process of dismantling, brick by brick, the harmful structures we white people built long ago in our lives.

White people like me are being called out — and called upon — in a way most of us have never experienced. It’s ugly, and it’s hard, and it’s exhausting.

But it is so absolutely necessary. Our duty at this moment is to shut up and listen, deeply listen, to non-white people whose stories and experiences must be heard. And so, this tarotscope is about listening: to the past, present, and future. To our ancestors, the Earth, and our future selves.

In designing the spread, I took a step back and asked a very general question of the cards / Universe / God / Spirit: What do you have to say right now?

The Past / Our Ancestors: Page of Swords, reversed (rx)

The Present / The Earth: Judgment

The Future / Our Future Selves: Three of Cups

When a card appears upside down in a tarot reading, it’s called a reversal. Reversals are not “negative” per se, but they can indicate an obstruction, occultation, or a blockage of energy. They can allude to the “shadow” (as opposed to “light”) aspects of the card.

I read tarot in a way that acknowledges a card’s light and shadow aspects right off. Some folks have challenged me on this, but I choose to bring up a card’s shadow aspects if I feel it is appropriate to the context of the readiing.

Every once in a while, the message of a card’s reversal is so strong, the Universe makes damn sure the message arrives.

The Page of Swords, and its reversal, are striking examples of this. This card jumped out of the deck as I shuffled, even before I had fully spoken my intention, and landed on the table upside down. It was as though the deck was like, “Yeah, I know exactly what you’re going to ask so don’t even bother finishing. HERE is what I have to say.”

One word clearly flashed through my mind when this reversed card appeared: UNLEARNING.

So much of American history is not taught in school. For example, kids are not told that Columbus and his fellow European colonizers did not discover America, but rather stole the land of tribal people through violence, murder, and genocide.

American history is toxic. It makes us look awful and to be fair, we WERE awful, and still are in many ways.

The “founding” of this country is not to be celebrated. It was one big looting and killing spree — the very thing so many privileged white folks are clutching their pearls and tsk-tsking at this historic juncture of protests and so-called “riots” — that has never really ended.

Right now, many of us whose family trees branch from Europe and England (like me) need to acknowledge the destruction our ancestors wrought upon the land we now call home.

Not everyone’s distant relatives participated directly in this destruction. Still, it’s our collective duty to unlearn what we’ve been taught to believe, to unravel the weathered fabric of this country. Make no mistake: this unlearning is a process that requires dedication. and a willingness to experience the long-term discomfort it will create.

Judgment is a Major Arcana — the second to last one, actually — and thus it symbolizes a journey. When we arrive at Judgment, it’s fair to say we’ve been through some sh*t. We don’t just languidly waltz into the Judgment card with an iced latte and comfy pair of yoga pants. We got here by slogging through the mud, crawling on hands and knees across fields of broken glass, wriggling on our bellies through the terrifying darkness of the Underworld.

In the Spolia deck — with imagery that, unlike the Smith-Waite tradition, includes no element of Christian lore — Judgment is aptly symbolized by a snake shedding its skin.

“And like a snake shedding its skin, this process hurts,” writes tarot practitioner Jessa Crispin, in their guidebook for the Spolia deck. “One does not simply shed, one has to feel the restriction of the old life, the dissatisfaction of it, and one must work to rid oneself of its confines. One crawls through this card, but it beckons you to a new, freer way of being.”

We are at a reckoning, a call to action, a tornado siren going off in the middle of the night. It is shaking us out of complacency, laziness and comfort — and it’s supposed to hurt. We are to notice the privileges, and the restrictions we and others have experienced because of the skins we’ve worn for so long. I mean this both metaphorically and literally.

So where do we go from here?

We can continue to unlearn and shed, but the future is so uncertain. The landscape changes day to day.

This brings us to the Three of Cups, perhaps the most beautiful and hopeful energy to emerge in this tarotscope and moment. I cried when it appeared.

The emotional realm, and relationships, are represented by the element of water, which is the element aligned with the suit of Cups. And as we know from pop culture, three is a magic number. It is a number associated with building something, working collectively toward something, and collaboration toward a greater good.

The Three of Cups, then, is about building community, developing relationships, and cultivating unity.

I like to say it is about creating magic — the kind defined by Aleister Crowley, 20th-century occultist and ritual magician. He described magic as “the Science and Art of causing Change to occur in conformity with Will.”

Human will’s power to bring about change should not be underestimated. When focused and wielded responsibly, human will can bring about monumental change.

We’re bearing witness to that now, a moment of collective desire for an equitable, peaceful future in which Black and Brown lives matter, and Black and Brown voices are heard.

A month ago, the phrase “we’re in this together” meant something different than it does today. It’s grown, expanded and evolved.

Together, we can build a better future. We can manifest change. We can create magic. So will it be. 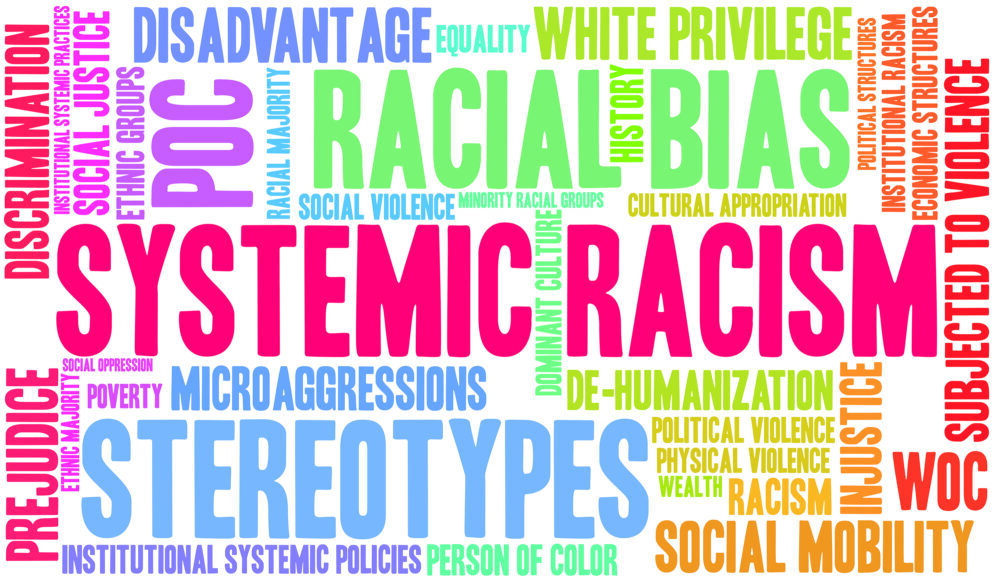