Today’s the start of the Biden-Harris era. But more importantly, let’s make it the “End of Nihilism” era.

Nihilism, the belief that everything is hopeless, is the ugliest ‘ism of all. It encompasses all the other ‘isms, encouraging a belief that nothing matters and there is no hope for a better world. It’s the one ‘ism that has the danger of uniting the far right AND the far left, white and Black, mystical pagans and fundamentalist Christians, jacked-up young adults and the frail elderly.

Nihilism got a lot of fuel, at both extremes and all along the spectrum, during the time of Trump, writes The Star. He made nihilism an almost celebrity affair, writes Rick Satolin. “In Trump, the heavy metal, guitar-smashing caricature of nihilism finds a home,” he writes. Trump glorified “not caring,’ and for a time, had us all feeling like we were ready to throw in the towel. Trump’s angry, unjustly aggrieved followers expressed their desperate lack of hope by smashing up the U.S. Capitol. Justly aggrieved, outraged, BIPOC people have protested for decades and reached alarming new levels of agony through destruction this year. Allies aren’t immune, either; many of the most militantly nihilistic activists come from the most privileged identities. The line between civil disobedience and nihilism is a fine one, for sure.

The never-ending despair and “devil may care” attitude of nihilism can be alluring, especially if you already believe nothing matters anyway. Sometimes, generating tension and conflict can seem better than a steady march dotted with complexities and “two steps forward, one step back.” While we’re still in this powder keg of a nation, though, striving to dial back tension is a matter of public health. The “state of emergency” for Black Iowans is one reason; the “ready to roll” militia mentality of many Trump supporters and civil rights activists is another. The remaining danger of COVID-19 is yet another.

We need to tread lightly right now among all of those hidden bombs. A time for protest, challenge and tension has been here before, very recently, and will likely be here again soon. We’re ready. But right now, we need to focus on breaking the cult-like hold that Trump and his nihilism still will have on so many. As mind control expert Steven Hassan says, that requires leaving ample room for communication. It means “respect, kindness and warmth” for Trump followers, instead of harshly criticizing them for being indoctrinated, he says.

But as Joe Biden and Kamala Harris take office, let’s be frank: many left and far left folks are still feeling pretty hopeless. Many on the far left see Biden-Harris as only a few steps removed from Trump-Pence. This theme circulated strongly in the months leading up to the November election. Whether it’s Biden’s history of inappropriate touching, or his role decades ago in harsh crime laws, or Harris’s history cracking down on crime in Los Angeles, or taking liberties with a childhood story about “fweedom,” our new presidential team rankles a lot of former Sanders, Warren, Buttigieg, Booker, Castro or other supporters who remain unconvinced.

The resentment that some of my friends of color have toward any politician is inappropriate for me to critique. More than once have I said to my white friends, “If I were a Black person, I’d be angry ALL the time.” I have tried to educate myself by spending decades interviewing Black people and People of Color about what it’s like to live in their shoes, or seeking out Black neighborhoods to live whenever possible and intentionally making myself the minority when possible. But still, I cannot know the experience of a Black person, or a Person of Color. I can never know how centuries of dismissiveness, and the endless struggle to walk off the edge of righteous and justified anger, affects a person’s thinking, words or action.

I do know “the establishment” has let them down, and “the establishment” is now Biden and Harris. We don’t owe our Black neighbors our outrage; we owe them new efforts, new solutions, new ideas for making a difference, and the willingness to do things that they cannot or should not be expected to do. Protesting is only the most obvious, superficial thing we can do.

With that in mind, please consider our new Seven-Point Antidote to Nihilism. It’s a little bit local, a little bit communal, and a little bit personal. These Seven Points are all founded in a strategy of optimism. You don’t even have to actually support Biden-Harris; you just have to have hope. These ideas hold real promise, we believe, to finally break Iowa out of its cold, conservative red stupor. You’ll notice a distinctly LGBTQ-familiar theme throughout: Break the binary!

First, We Start With The Inside Talk:

We Move to the Interpersonal:

And Then, the Political and Communal:

These are not replacements for protest, or for boycotts, or bans. They’re a package of ideas for which we’ll be advocating consistently, things to try before, instead of, in addition to, or simultaneously with protests, boycotts and other negative initiatives. Pursued consistently, these Seven Steps can help pull us all back, all along the political and ideological spectrum, from these scary ledges of conflict that began to seem so normal under our outgoing president. Trump was a key factor in driving us into nihilism, all the while profiting in some way off of the destruction, tension and divisiveness he left in his wake.

Let’s take away that nihilistic supply. There’s no better time than today. 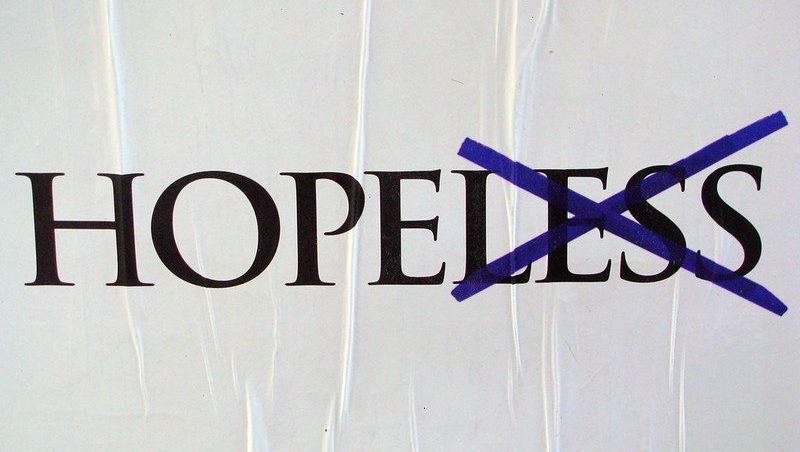